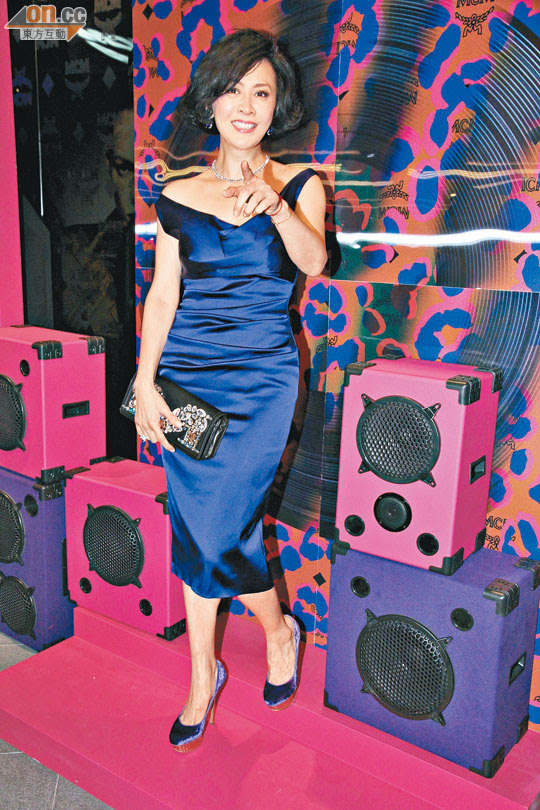 Carina Lau Ka Ling two nights ago attended a pink bag charity shopping event with Balia Chan and Mandy Lieu. Speaking of her birthday on December 8, Ka Ling revealed that she had to work before her birthday and felt that her birthday was not a big deal. Thus this year she would only rest a little and wait for a big birthday to celebrate. Her husband still had to work on THE GRANDMASTERS (YUT DOI JUNG SI) additional shoot. She did not know whether he would have time to celebrate with her. She once mentioned that THE GRANDMASTERS will be released definitely at the end of the year. Her eyes widened as she joked, "I learned it from the movie trailer that it is coming soon, who know it has been soon for how many years! (Would you be upset if Wai Jai would not be able to spend your birthday with you?) No, how old am I? Actually we don't have to go to dinner, but greeting and gift have to be present." She revealed that Wai Jai every year would give a birthday present to her. Often she even had to find it like a treasure hunt, but she thought it was a type of fun as well as it added the mystery of the gift. Speaking of a group of artists using drugs at a restaurant, Ka Ling felt that any artist or public figure first should not do anything harmful to their health or break the law in public places. Otherwise they would have to accept the consequences. Was she worried that this incident would affect the show business image? She felt that anyone with bias would still be biased, but who has not made a mistake? A small mistake is worth giving a chance to. Has she been tempted to use drugs? She joked, "No one has to guts to tempt me. The decision is with yourself too. For years I have experienced the bad, but it is about will power."
Posted by hktopten at 4:22 PM