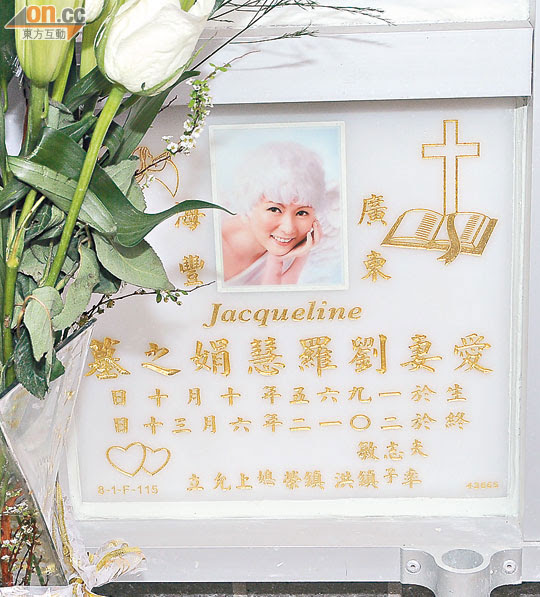 The ceremony started at 11AM yesterday and lasted for about one hour. Under the leadership of the pastor everyone prayed for Guen Mui, during which Lau Chi Man and others shed tears. After the ceremony Lau Chi Man was the first to leave. His mood has settled as he revealed that now he is living in the Mainland. He said because of religion he arranged for his wife to be placed here. The ceremony included prayer and bible reading.

Guen Mui's sister Law Wai Lin's eyes were all red when she left and said that she missed her late sister. Chan Fat Yung lowered her head but kept her smile as she left, declining any interview and only said thank you for the concern.
Posted by hktopten at 12:46 PM