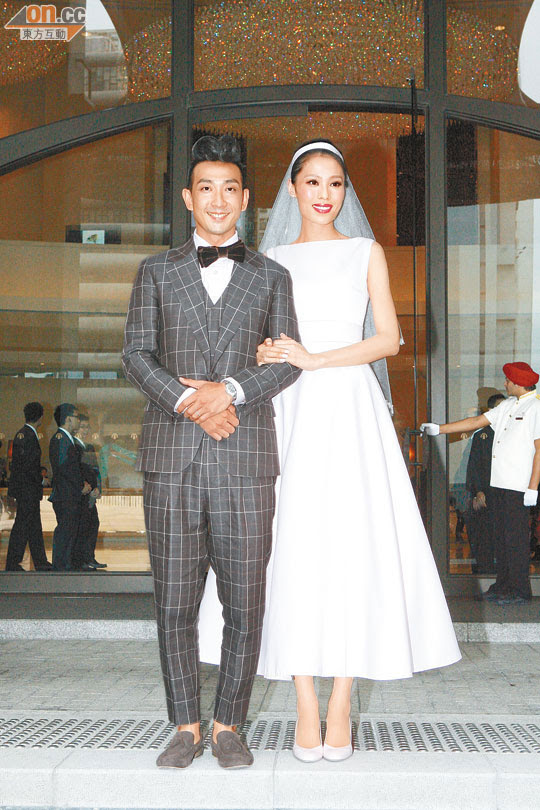 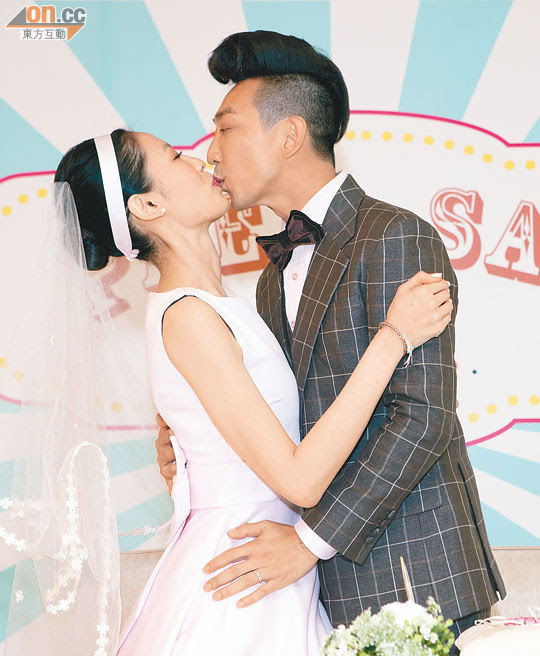 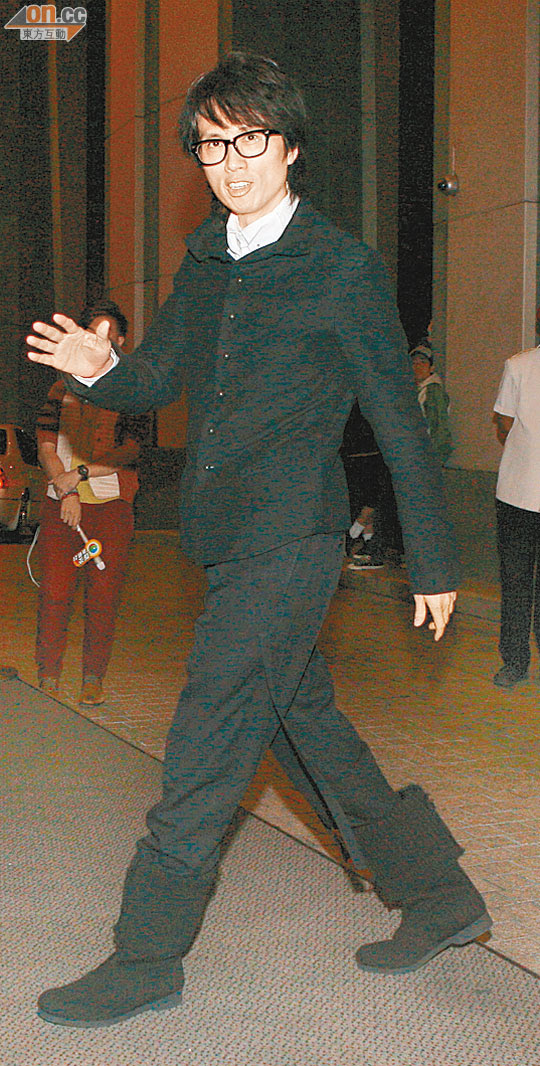 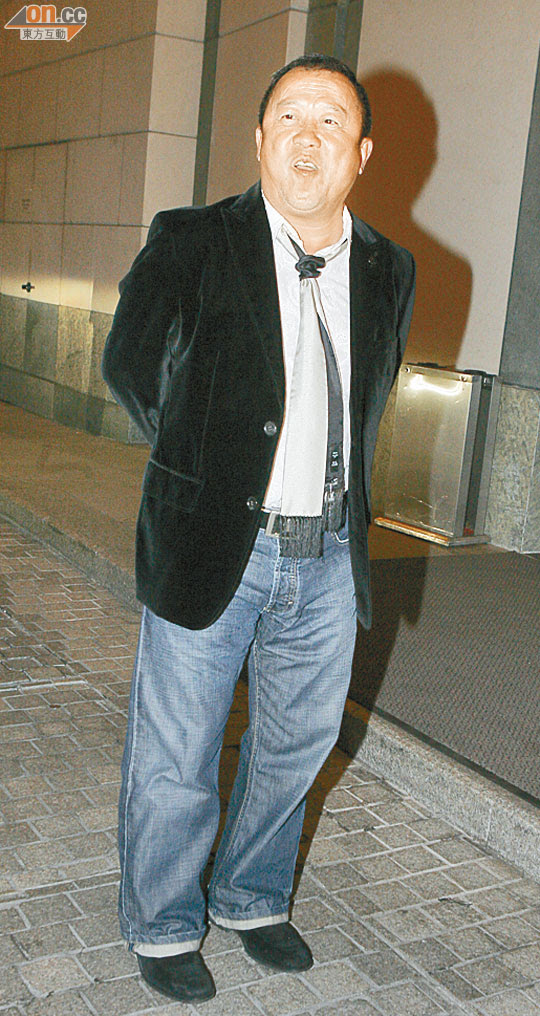 Sam Lee Chan Sam yesterday wed his fashion designer girlfriend of many years Pae Leung Chi Ying. At night they had a wedding banquet. Around 3:30PM they met the press after completing their registration ceremony. During the photo opportunity, Pae attentively fixed her husband' collar. The media demanded a kiss. The usually cool Sam actually blushed and said that he was very shy and nervous.

Sam revealed that yesterday morning they did the bride pick up and tea ceremony at the hotel. In the afternoon they registered their marriage there as well. Then they took a ride on the wedding vehicle. Did the bridal party give him any trouble when he picked her up? Sam said no, the most extreme was the sisters demanding the groom's party to peel a banana with their mouths. It was very tough. The door opening laisee was almost five figures. Sam also said that he was teary eyed during his oath. He was not particularly nervous and it was like going to a film festival.

This time the bridal party had eight people while the groom's party also doubled the amount. Did Sam want his brothers to take drinks for him? He explained that in his party were several nephews from overseas who wanted to check out the experience. When asked about his guest list, Sam joked, "Who would be better by not coming?" Most of his GHETTO JUSTICE co-stars were working on TRIUMPH IN THE SKIES II overseas. Kevin Cheng Ka Wing could not attend but Jazz Lam Chi Sin was able to. He joked, "You have to know how much TVB notices lacks humanity."

When asked about Sam's positive points, Pae was stumped and said that everything was in her heart after awhile. As for family heirloom, Sam said that he was it. After marriage they planned to spend two years as a couple and had no parenthood plans yet. As for their honeymoon they planned to go to the Maldives but they would have to wait until Sam finished his new series. The soonest would be January 1.

Sam revealed that they met when he and a group of male friends went to the beach and ran into a group of girls. His wife was one of them but at the time she ignored him. Months later they ran into each other on another occasion and officially began their romance.

Earlier overcoming cancer Cheung Tat Ming smiled and waved to the press last night when he arrived, he looked much thinner but in good spirits. He only stayed for 15 minutes before leaving. He explained that he had to leave early and happily said, "I am very happy! Sam tonight looks very handsome. (How is your health now?) OK! Thank you for caring, I am already much better."

Leung Hong Man also left around 8PM. He revealed that he had to leave early for a performance and praised the new couple as very compatible. Tsang Chi Wai who was guaranteed to be drunk collapsed at both Alex To Tak Wai and Chin Kar Lok's wedding banquets. He joked, "Sobered up to collapse again." He admitted that lately he had many wedding banquets, luckily after Sam's he would not have to attend one until next month. Would he go all out last night? Chi Wai said, "Probably. We haven't seen each other for a long time. Group after group of friends are rushing to get married."

Lau Ho Lung was asked why he did not bring his girlfriend Joey Yung Cho Yi. He pretended not to hear the question, only said congratulations and entered the venue.
Posted by hktopten at 9:17 AM