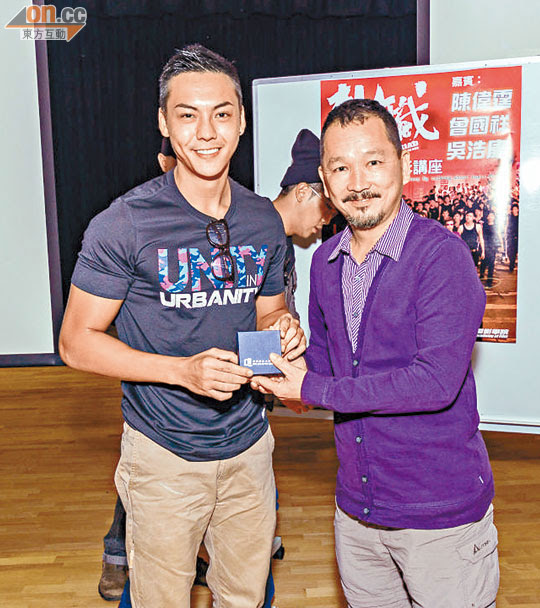 Uncle Chi asked Chan Wai Ting about his journey as an actor. Chan Wai Ting said, "This road isn't easy. At the first audition, after the fifth and sixth male leads I still wasn't picked. Then (Alan) Mak Siu Fai and (Felix) Chong Man Keung saw my TAXI music video performance and finally I had a chance to perform. Then the characters I played were either gigolo or had oedipal complex. Actually I always wanted to play more masculine, tough guy character. So this time my TRIAD performance was very exciting!" Ng Ho Hong said that since he was little he has enjoyed mob films and was very focused in his viewing. Thus he has already prepared to play the mob character long ago. He even impersonated Alex Man Chi Leung and read the Tony Gor lines from AS TEARS GO BY (WONG GOK KA MOON). His and William's humor cracked up the students.
Posted by hktopten at 5:54 PM