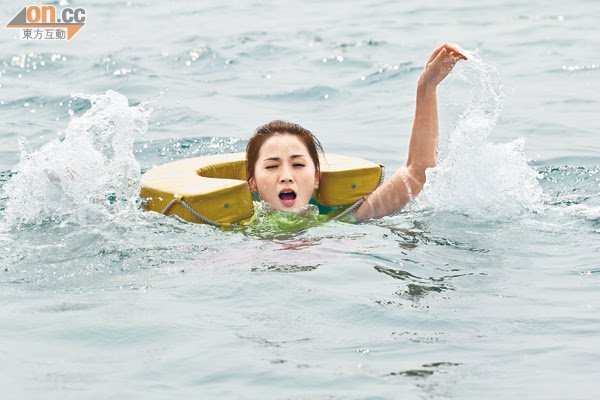 Charlene Choi Cheuk Yin and Dior Cheng Yi Kin worked together on the film MY SASSY HUBBY (NG LO GUNG NG SUN SING). In the story they have been married for 10 years, their relationship has faded as good looking rivals appeared. Ah Sa's romantic encounter was a reunion with an elementary school classmate Izz Tsui Ching Hei who has had a crush on her for years. She said that now an innocent guy was truly hard to find, the pace of the society was too quick. People could easily get together and very quickly part; she has not met someone who had a crush on her for 20 years. In one scene Ah Sa fell into the sea, Tsui Ching Hei dove in to save her. During the shot the waves were huge. Ah Sa drifted further and further with a life saver, thus Tsui Ching Hei had to expend a lot of energy to swim and rescue her. He also had a belly full of water. Ah Sa said that when she saw Tsui Ching Hei on the boat he was pale, his performance was very manly and professional.
Posted by hktopten at 3:43 PM