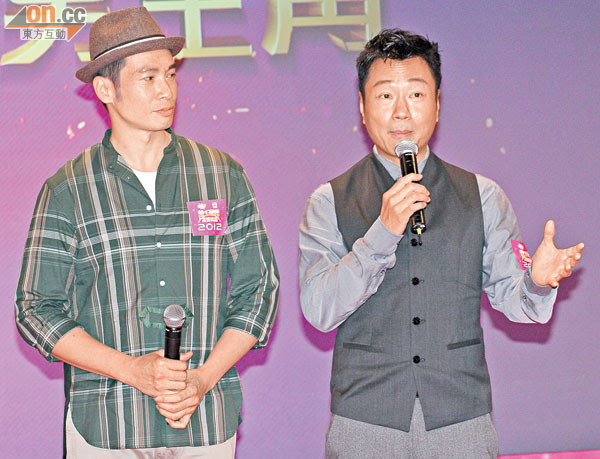 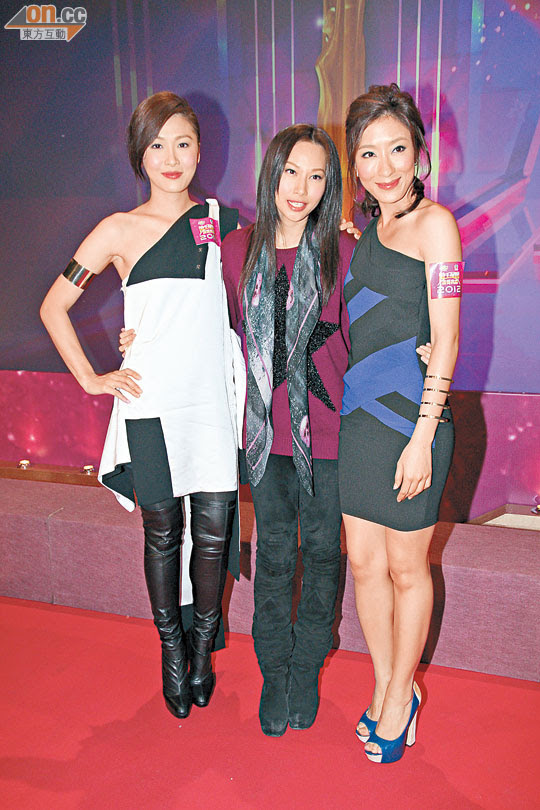 TVB yesterday announced its Anniversary Award 2012 nominations. Every year the Best Actor and the Best Actress awards have caught attention, this year TVB even uses a general election format. THE CONFIDANT's Wayne Lai Yiu Cheung, THE LAST STEEP ASCENT's Moses Chan Ho and HIGHS AND LOWS' Raymond Lam Fung are seen as the favorites. As for Best Actress, it will be between SILVER SPOON STERLING SHACKLES' Tavia Yeung Yi and HIGHS AND LOWS' Kate Tsui Tsz Shan. Two otaku goddesses Christine Kuo and Eliza Sam are also nominated, Heung Heung even received three nominations as the most nominated actress.

Lai Yiu Cheung was seen as the Best Actor favorite, but he was only half confident because he did not know how this year's voting has been. Like the Legislative Council election he had to where the votes came from. He felt it was 50/50 and he did not know about the audience direction. Speaking of Lam Fung's numerous fans, Cheung Jai said that viewers come in many varieties. Each actor would have his own supporters and everyone's selling points are different. He joked that he was selling the eunuch as an idol.

Tsui Tsz Shan was dressed casually and admitted that she was very nervous and even distracted because of the way she dressed. She admitted that she was confident in her character and the series had responses after its run. In the future she will continue to promote for her series and campaign along the way. She wanted to win the Best Series the most. As for opponents, she said, "(Myolie Wu) Hung Yi, Yeung Yi, Mai Shuet (Michelle Yim) and (Linda) Chung Ka Yun all have chances. I am half and half." Did she rely on the rape scene to break out? She said that it would not be just up to one scene! Yet if everyone sympathized with her character and voted for her, she did not mind.

Yeung Yi dressed up and joked that the result could not be based on the press conference. She was confident and would ask friends to vote for her. Reportedly when she learned that Tsz Shan would win she was absent from the anniversary show. Yeung Yi said, "How can I have the ability to predict the future?" She explained that because her leg injury was still acting up, she only stayed home to watch the program that day. Reporters said that she was still in high heels yesterday despite her injury, she said, "I can't walk too long, this type of shoes have a thicker bottom and is a little better."

This year's Best Supporting Actor competition is fierce. Rising in popular with his character So Gay, Jerry Koo Ming Wa and THE CONFIDANT scene stealing Chan Kwok Bong are both favorites. They yesterday attended the press conference. Koo Ming Wa reminded everyone to support the So Gay character and got teary eyed. However, with his outstanding performance in HIGHS AND LOWS Ben Wong Chi Yin was not nominated. Yesterday he even had to be the guest announcer. Some said that Ben was displeased. At the press conference, host Carol Cheng Yui Ling asked Ben, "Are you okay?" Ben awkwardly said, "Great." Later he said that TVB truly has too many good actors.

Since he was not nominated, did Ben think about skipping the press conference? He admitted that he was very helpless but he had to be responsible and have sportsmanship. Ben pointed out that the company set the nominations, he would continue to work hard. Now nothing can be changed. He said, "I am a little disappointed, I have to adjust emotionally." As a TVB "biological son", he said that the company has many "biological sons". Did this incident make him want to leave? he said that he still had a contract with the company. He also summed up with "Wong Chi Yin will keep working hard."

TVB executive Elaine Lok Yi Lin said that each committee member would choose ten nominees, she voted for Ben. However she did not know the result until yesterday. She said that good actors were truly numerous, Cheung Kwok Keung was not nominated either. She hoped that next year the company will be able to increase the nominations. Would she need to comfort Wong Chi Yin? She said, "Of course." Was she worried that he would be disillusioned and leave? She admitted that she could not worry about so much and had to respect the rules. In addition, reportedly Raymond Lam Fung was spoiled and did not posed for the group photo on the anniversary night. Ms. Lok explained that Lam Fung was present all night but because he went to the bathroom he did not hear the group photo call. She said, "He really wanted to be a part of it, he was even stomping his feet and saying that he wanted his head to be added into the photo."