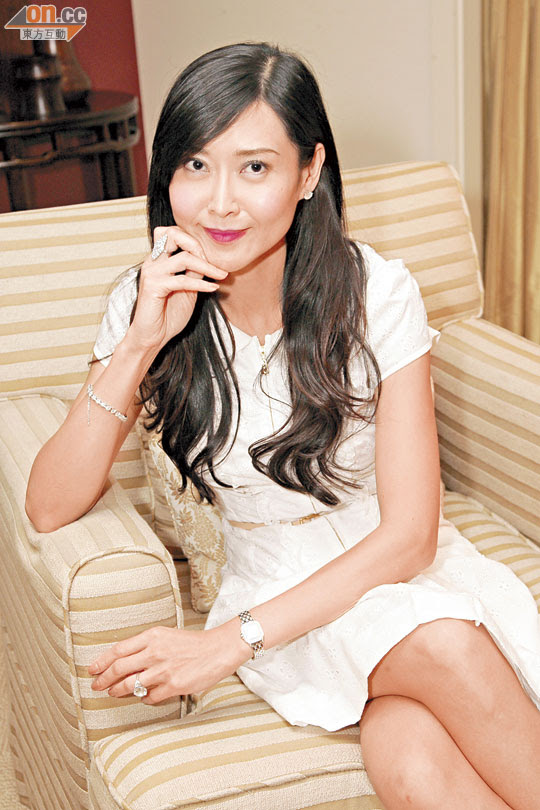 Veronica Yip Yuk Hing will return to Hong Kong to work on the Lunar New Year film I LOVE HONG KONG 2013 (NGOR OI HK 2013 GUNG HEI FAT CHOI). After 16 years away Yip Yuk Hing's acting bug acted up again. Under Elaine Lok Yi Ling's invitation she agreed to return to Hong Kong to work on the film for two weeks. Yip Yuk Hing yesterday said on a radio interview that her children were grown and they supported her to return to Hong Kong and make a movie. She said, "I only got an oral agreement but haven't confirmed that I would take the role. My daughter Victoria found out that I would have to come back to Hong Kong for so long and cried day and night. The two sons were fine. Although she couldn't help but cry, but letting children learn to be independent is a good thing. Should they still need Mommy to live in their dormitories when they go to the University?" Yip Yuk Hing has never made a Lunar New Year film. Eric Tsang Chi Wai agreed to complete her shoot in two weeks so she agreed. "I told them not to say anything yet, let me think for a few more days first. Now I am forced to take it! The character will not be young or pretty, so I should be able to handle it. In the past I acted for a living, this time it is for interest. I feel it's a lot of fun. The movie is actually secondary, mainly I want to return to Hong Kong and visit my 89 year old Mama. Mama can't take the flight at her age, and I am so busy I rarely go back to Hong Kong. So I want to keep her company more."

TVB production resource director Lok Yi Ling was asked whether they made Yip Yuk Hing an offer that she could not refuse to return to Hong Kong? She said, "Yip Yuk Hing will take a private plane, how much the salary is not the focus of the agreement. She is doing it for interest, and she has not seen the Hong Kong viewers in a long time."
Posted by hktopten at 2:27 PM