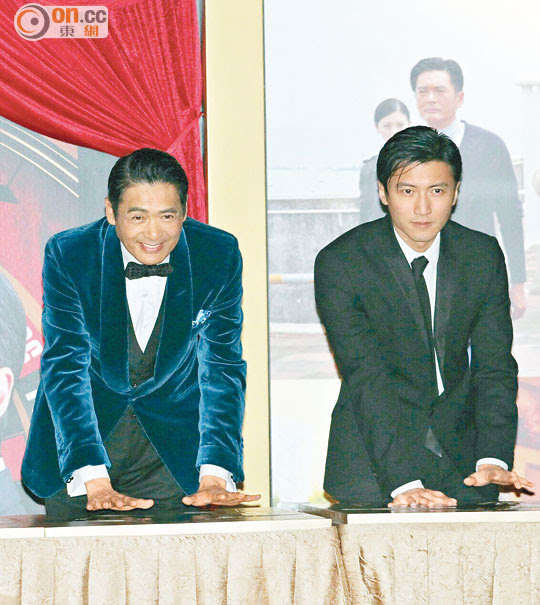 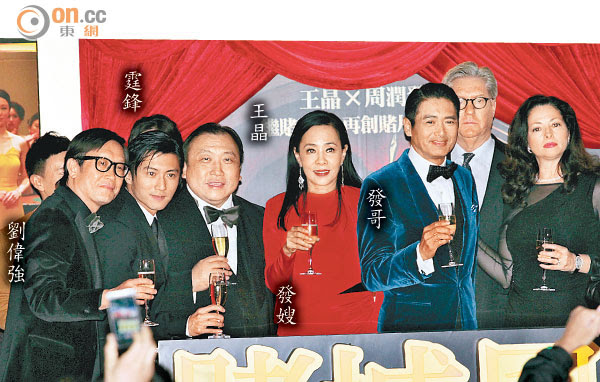 During his interview, Fat Gor was in rare form and left Ting Fung off guard. Some said that during the shoot Fat Gor "bullied" Ting Fung, which Ting Fung could not deny fast enough. Fat Gor humorously said, "It wasn't shrimp (sounds like bully), they were crab and fish!" Ting Fung said that working with Fat Gor was very stressful. Fat Gor said, "I don't feel he has pressure, he is handsome, can fight and knows how to act." Has Ting Fung cooked for Fat Gor? Fat Gor said, "I can't eat, I can't eat in front of him. I haven't reached my goal (shape), I have a little more to go." Speaking of Wong Jing asking Fat Gor to perform in a tragedy, Fat Gor, "Let's see MACAU's response first. Wong Jing has plenty of stories, any movie is fine."

Speaking of the PAG presidential election, Fat Gor said, "It's fine! Wong Chau Sun won! The election hasn't taken place yet? Chau Sun is still the favorite." Some online said that Fat Gor was the most qualified to be the president. Fat Gor practiced Tai Chi. "(Andy) Lau Tak Wa is better, he can be the Chief Executive. I would only mess it up! My position can hold down artists? Don't say that, I buy Chau Sun." Speaking of his Lunar New Year films FROM VEGAS TO MACAU and THE MONKEY KING (DAI LAU TIN GUNG), Fat Gor hoped that viewers would like them both.

Ting Fung will not be in Hong Kong for the Lunar New Year, but he will not visit his son in Singapore either. Speaking of Lucas' piano playing and his brother Quintus playing conductor in a photo, Ting Fung did not want to talk too much about his children and did not reveal whether his sons had any musical talent.

Christine Kuo was obviously thinner, which she was very happy to hear. "Thank you! I am happier than compliments on my looks! I know Fat Gor has a way with staying in shape, I hope to have a chance to ask him." Ma Choi hoped to be able to work with Fat Gor, she would play any character. "I hear Fat Gor is very willing to teach new comers and treats the younger generation very well." Chang Wai Man revealed that her connection to Fat Gor. "My papa was Fat Gor's voice actor in A BETTER TOMORROW (YING HUNG BOON SIK)."
Posted by hktopten at 2:46 PM