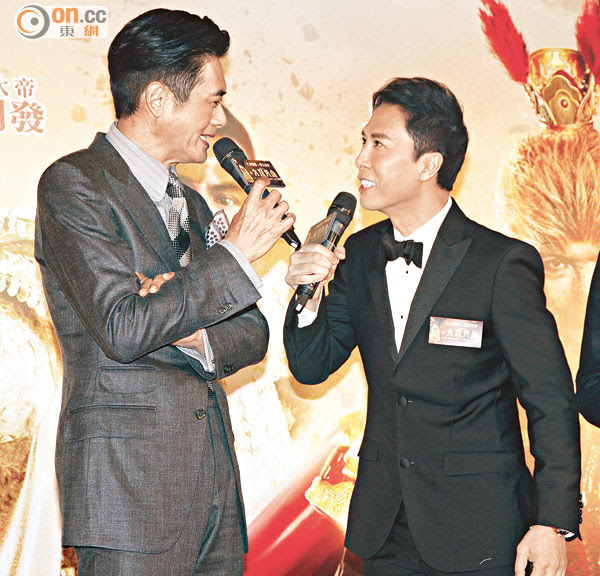 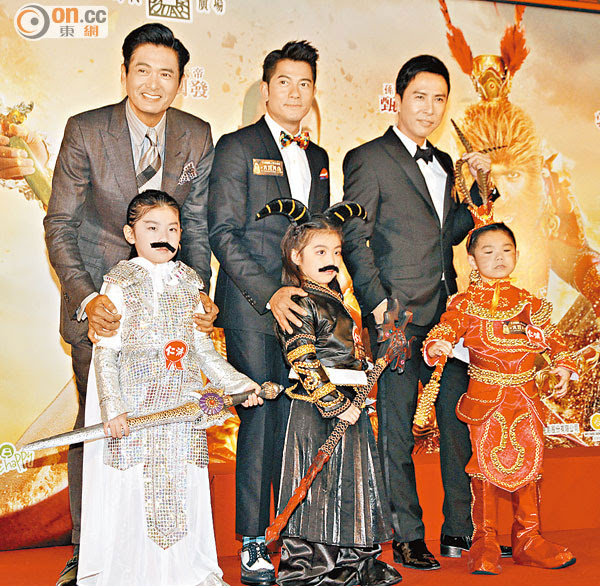 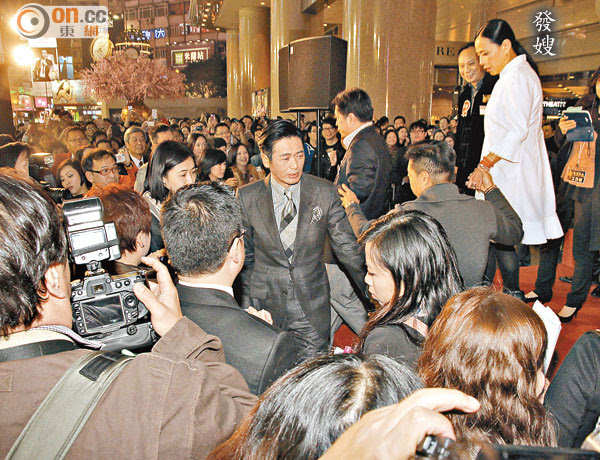 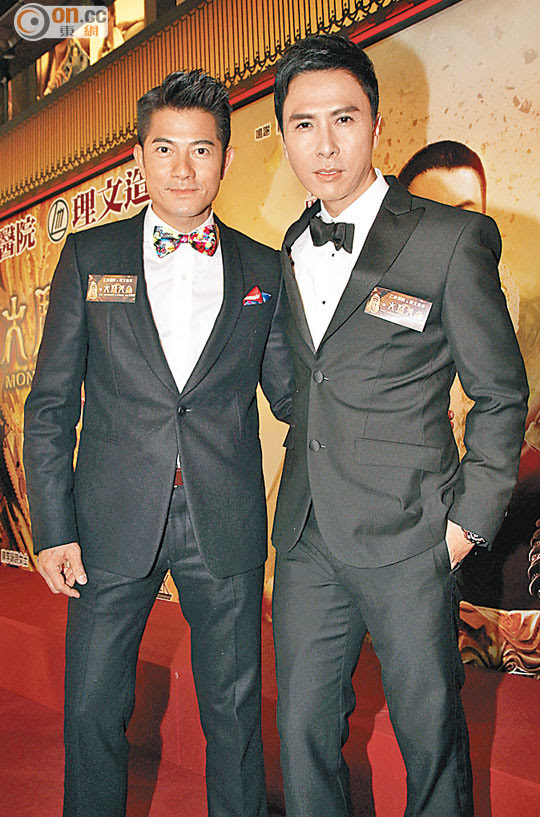 Donnie Yen Chi Tan, Aaron Kwok Fu Sing, Chow Yun Fat starred in the film THE MONKEY KING (SAI YAU GEI ji DAI LAU TIN GUNG) last night held a charity premiere. Fat Gor was sharply dressed in a suit and kept waving to the people like a Chief Executive. When Sing Sing greeted everyone on the stage, Fat Gor joked that he seemed to be performing a concert and even asked him to dance a little. Sing Sing complied and Fat Gor praised him for living up to the dance king title. Sing Sing humbly said, "Fat Gor is the one who is the coolest!"

During the group photo, tall girl Gigi Leung Wing Kei wanted to stand in the back row. Fat Gor commanded her to stand next to him. Fat Gor said, "Today your husband isn't here. You are so tall that you match me the best!" Leung Wing Kei then embraced Fat Gor for the photo. Fat Gor then directed Wang Yuanyuan to stand next to Yen Chi Tan. Instead the two wives Fat Soh and Cecilia Wang stood to the side. Fat Gor jokingly said, "Fat Soh, don't you stand so close to me!"

Sing Sing said that when he fought with Fat Gor, pressure became motivation. Fat Gor joked, "You have so many fight scenes even your hair was a mess." Action director Yen Chi Tan was getting sensitive again, "Are you acting up on me again?" Fat Gor joked, "No, I am so clumsy!" Did Yen Chi Tan tried the monkey peach theft move on Fat Gor? Fat Gor said, "He doesn't dare, otherwise I would kick him back to the mortal world. Yen Chi Tan had a very tough time with this film, he had to put on the Sun Wukong makeup. When I worked on PIRATES OF THE CARIBBEAN I also spent a lot time in makeup." Yen Chi Tan said that in one scene Fat Gor and Sing Sing was 3 stories above, if they fell he would not have known what to do.

As for box office expectation, Fat Gor said, "This film would break even at 900 million, not passing that mark there would be no sequel. If there will be a sequel I would make it. The Strongest in the Universe this time is the number one male lead, we would depend on him to see if we have congee or rice this time." Yen Chi Tan said, "If the audience reaction is good, I wouldn't mind a sequel."
Posted by hktopten at 1:45 PM