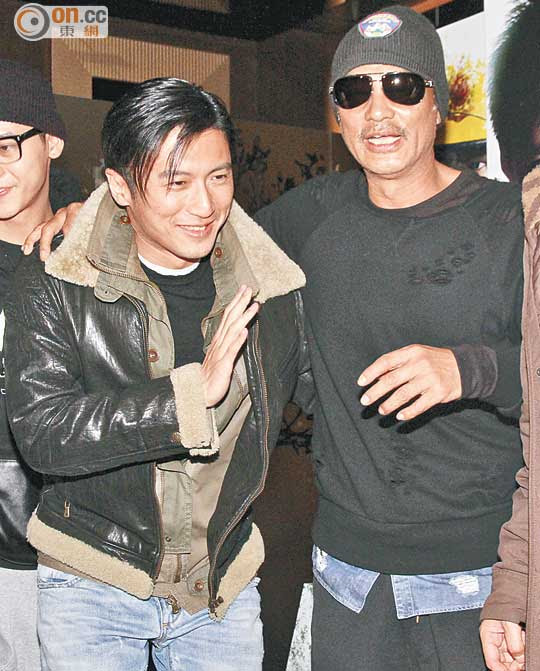 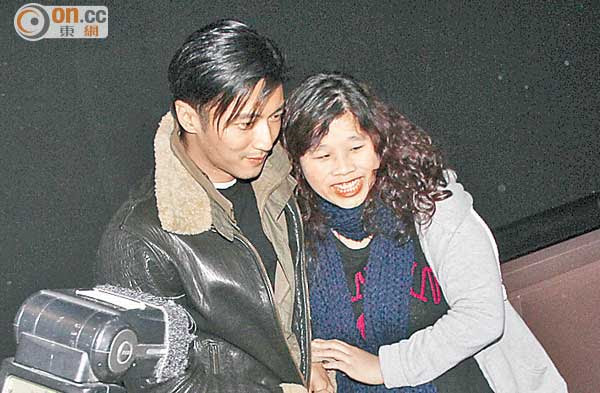 Nicholas Tse Ting Fung last night attended an AS THE LIGHT GOS OUT (GAU FOR YING HUNG) audience appreciation event, his first such event in Hong Kong to celebrate the Hong Kong and Macau box office exceeding 25 million. As for a prequel, Simon Yam Tat Wa joked that it would depend on whether Ting Fung would have a new girlfriend. Ting Fung immediately shook his head and stressed that he had no new romance, again denying his rumor with Janice Man and that he exchanged a 20 million home for his sons to spend the Lunar New Year in Hong Kong, hinting that he would fly to spend the New Year with them.

The Emperor Motion Picture AS THE LIGHT GOES OUT made 25.89 million in Hong Kong and Macau. Last night the leads appeared in a Tsim Sha Tsui cinema for audience appreciation. Ting Fung appeared in his first Hong Kong audience appreciation. Boss Albert Yeung Sau Sing stated that if the box office passed 20 million he would give 1 million for the cast and the crew to divide. Ting Fung last night joked that the boss had a lot of money, but he would not want any profit sharing. He wanted to give it to the crew. He said that he did not mind, but he was not the boss. As for a prequel it would depend on the boss' intention. Yam Tat Wa last night joked that if Ting Fung had a new girlfriend he would make the prequel. Ting Fung said, "No." Did he plan to find one? He shook his head and stated, "I really don't" Reportedly he could not publicize his relationship with Janice Man so they had to go out separately. He again denied, "I just answered no."

Another report claimed that Ting Fung spent 20 million on a home in Singapore for Cecilia Cheung Pak Chi in exchange for their sons to spend the Lunar New Year in Hong kong. He again shook his head, "I am going to bother to answer." Did he want his sons to return to Hong Kong or him to fly over? He nodded and said, "Now nothing has to be moved, it's pretty good there." He hinted that he might fly to Singapore to spend the Lunar New Year with his sons. Reporters mentioned that his mother Deborah Li missed her grandsons, Ting Fung pointed out that she has been seeing them. His family was also used to flying around. The family reunion for the New Year was not a big issue. He felt that as long as they were happy, everyday was New Year, birthday or Valentine's Day. They did not need to celebrate every one, as long as they were alive they were exciting. Holidays were just an excuse for getting together. As long as they were happy they were fine. He even pointed out that the children would return to Hong Kong once in awhile.

Yam Tat Wa was asked if he knew who Ting Fung's new girlfriend was. He said that only from newspapers. Did he believe the rumor between Janice Man and Ting Fung? He looked surprised, changed the subject and said that Ting Fung in the prequel would be cool, chok and make girls faint, he could pair with anyone. Brother Wa hoped that the box office would be better and better, when it would pass 30 million the boss would give another million. He also suggested for Yeung Sau Sing to turn the 1 million bonus into $10 bills, everyone could grab as much as they could fit into a environmentally friendly shopping bag. He joked that with the recent $1000 bill counterfeits, this year he would only put HK$10 bills in lai see.

William Chan Wai Ting, Michelle Wai Si Nga, Patrick Tam Yiu Man and Deep Ng Ho Hong also attended last night. Ng Ho Hong was asked if this was the last year that he would get lai see. He said that he wanted to get married but he could not plan for both of them. However he had plans to propose, he just did not know when.
Posted by hktopten at 3:15 PM