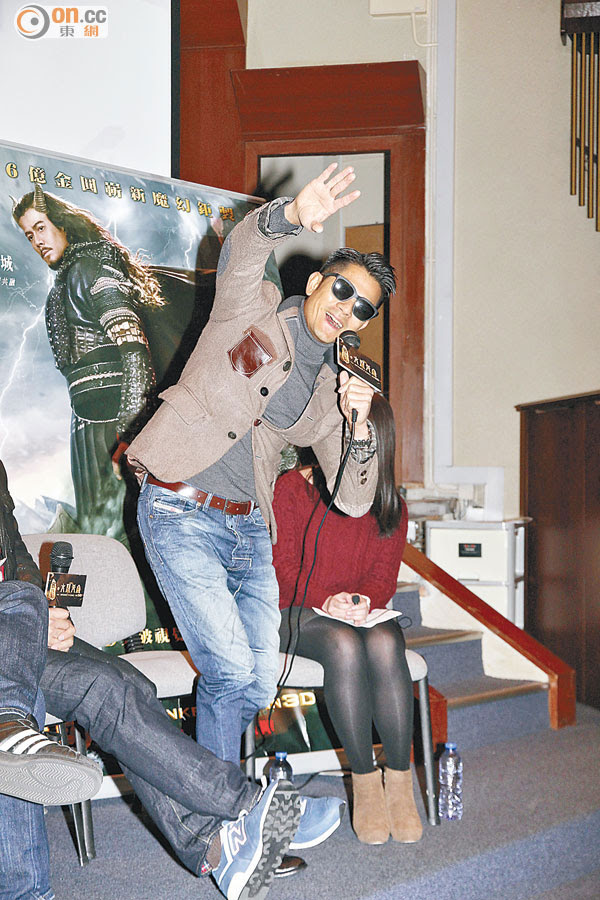 Aaron Kwok Fu Sing and director Soi Cheang (Cheng Bo Shui) yesterday attended a Baptist University film forum to shared their experience from THE MONKEY KING (SAI YAU GEI ji DAI LAU TIN GUNG). Earlier Chow Yun Fat at the premiere revealed that Donnie Yen Chi Tan had a temper on the set. Sing Sing supported Chi Tan and said, "Chi Tan was both an actor and action director. He asked a lot of his subordinates and stunt people, the team had to be able to coordinate with the production so the actors would be spared. If an assistant couldn't coordinate then he would get mad, actually he did not have a temper with actors." Sing Sing cited an example that when he worked on a highly difficult stunt, because others could not coordinate the scene took several takes. Chi Tan then got mad. Sing Sing said, "Chi Tan only got mad because he felt that they were giving the actors a hard time. It was justified, he got mad for a reason." Sing Sing and Chi Tan worked together for the first time and they appreciated each other, "Chi Tan is stronger in martial arts than me, but I am stronger in dance than him."

Sing Sing at the forum demonstrated the film's new wire technique and said that he felt like a superman in flight. Sing Sing's Bull Demon King required 3 hours in makeup to complete.
Posted by hktopten at 2:56 PM