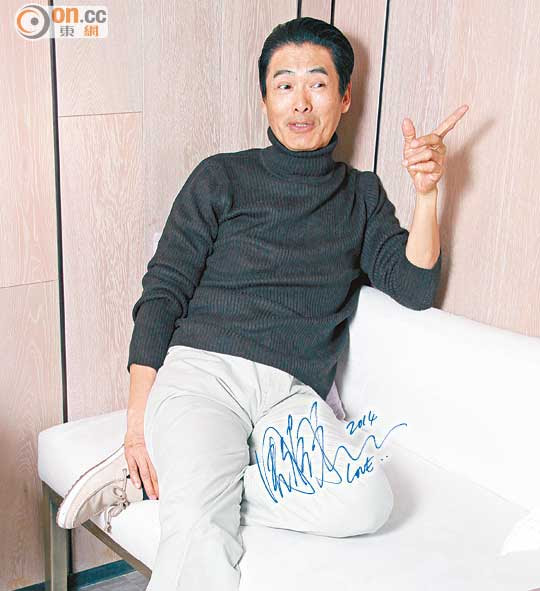 "God of Gamblers" Chow Yun Fat extends the classic as he works with Nicholas Tse Ting Fung, Chapman To Man Jat, Hui Siu Hung, Jing Tian, Gao Hu, Kimmy Tong Fei and others on FROM VEGAS TO MACAU (DOH SING FUNG WON), his return to Hong Kong film after many years away. Fat Gor played the "invincible hand" Shek Yat Kin, who with his otaku disciple Show Hand (Tse Ting Fung) battles against the mob. Fat Gor jokes that for his handsomest side he has to lose 30 pounds, just so he would not lose to Ting Fung.

FROM spent a lot of money on set constructions and costumes. Shek Yat Kin's luxurious mansion with traps and such was built inside the Clarence Film Studio and cost over HK$15 million, enough to buy a mansion in Hong Kong. Director Wong Jing was very confident about the film's ability to bring back everyone's collective memory of GOD OF GAMBLERS (DOH SUN). He even added in special effects so viewers would have more fun.
Posted by hktopten at 2:48 PM