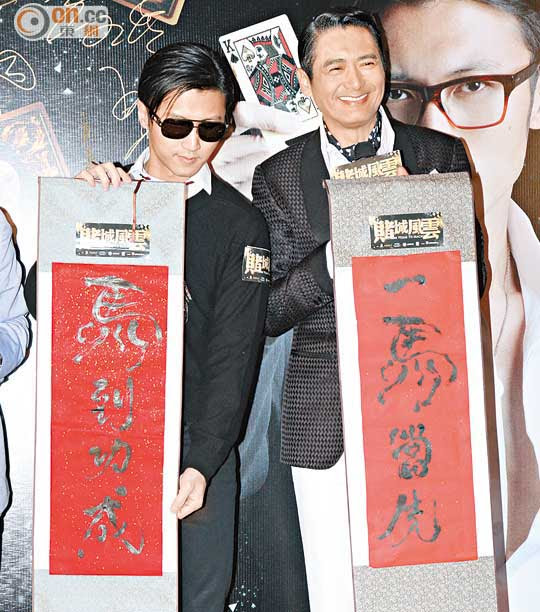 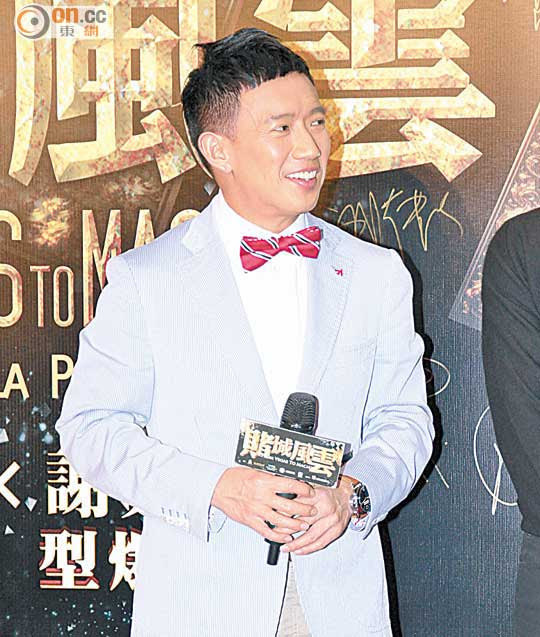 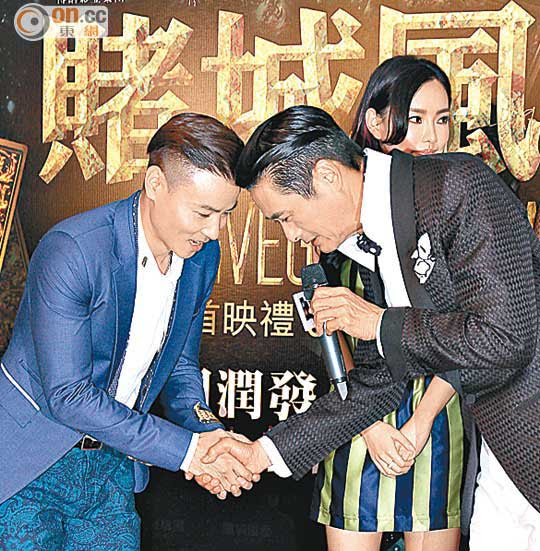 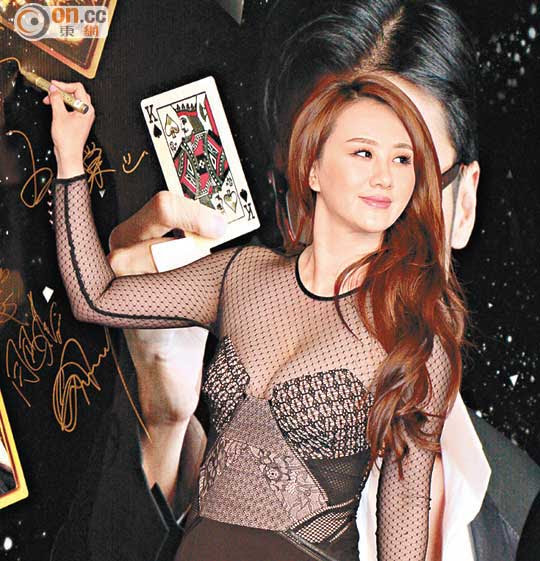 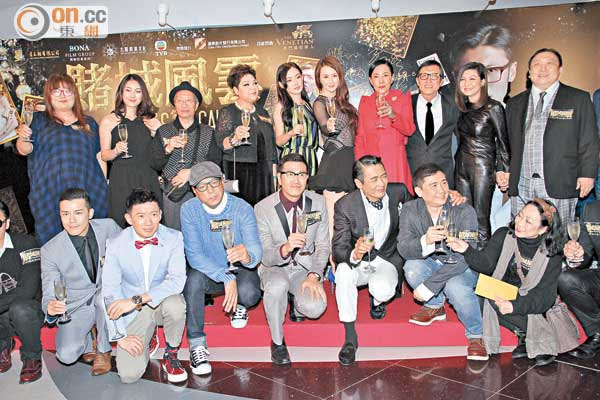 Chow Yun Fat, Nicholas Tse Ting Fung, Chapman To Man Jat and others last night attended the FROM VEGAS TO MACAU (DOH SING FUNG WON) premiere. Fat Gor was humorous on the stage, on the stage he continued to be the stamp collecting target when a group of TVB artists surrounded him for photos. He turned no one away and took selfie with mobile phones. Natalie Meng Yao also appeared in a see through short dress.

Fat Gor said that it has been almost 20 years since he made a Hong Kong comedy. He was very happy to work with young people, who even made him actively lose weight. To Man Jat joked that he was already 40 something. Fat Gor said that he looked very young. Wong Jing revealed that Fat Gor treated everyone to barbecue everyday at work. Fat Gor joked, "I am malicious, they eat and I don't. I don't want them to be thinner than me." He also praised Ting Fung and Ah Jat as the best. Hong Kong film's next 30 years will depend on them.

Ah Jat said that working with Fat Gor was a big deal. Ting Fung also said that when he learned that he would work with Fat Gor, he took the role immediately. He revealed that Fat Gor earlier at the wrap banquet took Polaroid photos of everyone and signed autographs. He valued it and put it on the book case. His mother Deborah Li saw it one day and was very surprised to find out that Fat Gor took it. When Ah Jat said that Fat Gor taught him photography, Fat Gor revealed that he went to Japan to shoot adult video actresses and showed everyone when he came back. Fat Gor said, "I can't believe him!" but still praised Ah Jat for his beautiful and natural shots. Ah Jat joked, "You taught me!" Fat Gor said, "Watch what you say, I didn't teach you to shoot adult video." Fat Gor happily shook Max Zhang Jun's hand. He said that when he shot CROUCHING TIGER HIDDEN DRAGON (NGOR FU CHONG LUNG) Zhang Jun taught him Tai Chi and called him Master.
Posted by hktopten at 5:37 PM