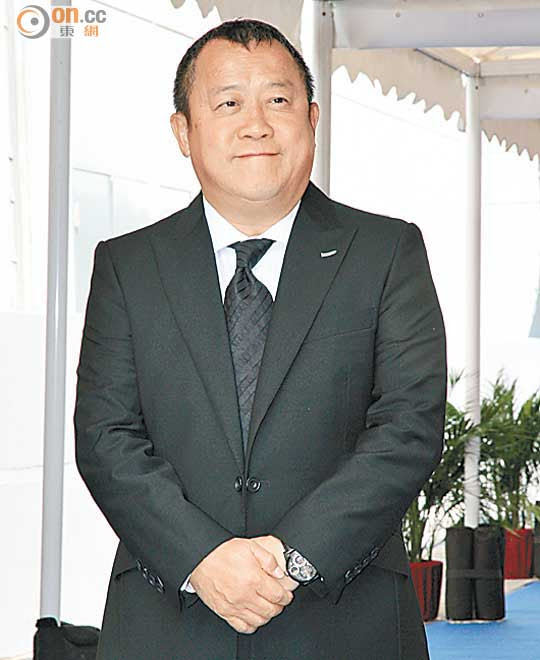 Veteran film actor Wu Ma two days ago passed away from lung cancer. Yesterday his widow with her friends Tian Ni and Lam Wai went to the Fushan morgue for paperwork. Mrs. Wu Ma appeared sadden as she stayed at the morgue for about a hour. When she stepped out her eyes were all red as she had tissue in her hand. Family and friends on hand told reporters that they should quit when they got enough photos because Mrs. Wu Ma was not doing well emotionally or physically. They hoped that the media would not chase them.

Wu Ma's close friend Eric Tsang Chi Wai is currently performing in Las Vegas. When he learned about his friend's passing he became solemn. In his eye "Old Ma" was a good director, producer, assistant director and writer. He was also a "disadvantage king", as he would not fight with anyone over anything. He would always feel a little happier. Wu Ma's methods were able to teach young people how to be at a disadvantage. At the same time because Old Ma would not turn down any role, he was great with people. On the set everyone welcomed and respected this Mr. Nice Guy.

Chi Wai said that Old Ma's philosophy was learning to be "dumb". He recalled when they worked on a movie in Korea and ran into martial law. He was not scared at all as he took his time on his walks and shopping. He ran into the military and even was held at gunpoint, but Old Ma still calmly explained that he only came for a movie. He did not know about the martial law and even asked the soldiers if they used real guns. Finally the military escorted him back to his hotel. Chi Wai said that Wu Ma faced everything with a smile and he has never seen him get mad. Chi Wai said, "Wherever he went he gave everyone joy. Now that he left us and went to another place, he would bring them just as much joy!"
Posted by hktopten at 3:04 PM