[2014.02.28] GIGI LEUNG'S HUSBAND HAS LITTLE REACTION TO HER SEXY PERFORMANCE 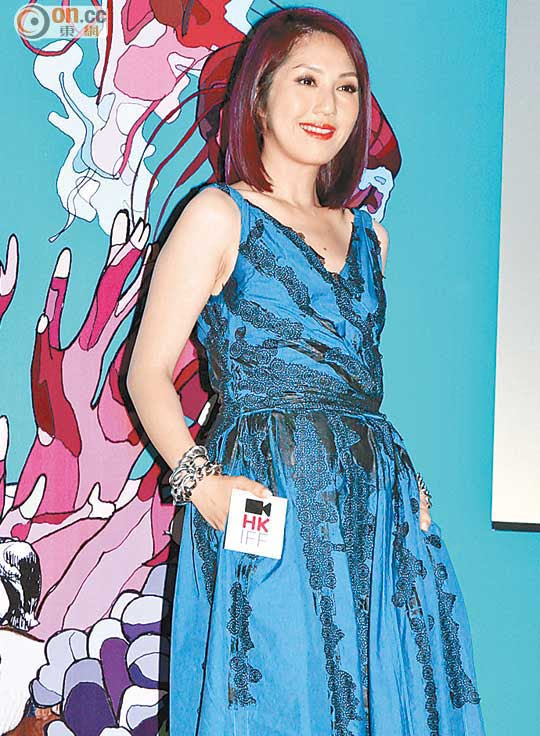 Goo Jai and Leung Wing Kei in ABERDEEN played a couple. In the story they had a daughter whom did not resemble them; Leung Wing Kei worried that in the future she would have a similar situation as a mother. She said, "I am confident that my baby will probably be tall, whether it will be pretty or not it will depend on the person." Leung Wing Kei had a photo from the film that featured her swimsuit figure. She joked that her husband after seeing it did not have much reaction. Goo Jai said, "Your husband of course has seen all of you......r stills! I am very pleased with Leung Wing Kei's figure in the film, it would be the best if my future wife is this way too. (What cup size would be the best?) For someone I love, that would change with age at any time. Real or fake wouldn't matter because as long as I love her, flaws would become benefits!" Goo Jai also joked that he wanted K Cup, as in deformed. Speaking of the series of love scenes in the film, Leung Wing Kei felt that they had to make the couple lifelike and the story required them. Since it was not her first collaboration with Goo Jai, they were rather open and not embarrassed.

Yeung Chin Wa in ABERDEEN did not have a figure like Leung Wing Kei's. She joked that she has never had that. Speaking of her character being sadder, during the shoot she rarely conversed with her husband Real Ting Chi Ko. She was afraid that it would affect her emotions and keep her from getting into the character. She even got no sleep. She said, "During the production I left home early and returned home late, when we saw each other at home he rarely conversed. The director also forced me to not sleep all night for the dark circles around the eyes. In the middle of the night he would also send me text messages and tell me not to sleep. My husband was suspicious and asked who sent the text." Luckily after the new film was completed her relationship was not affected and revealed that a couple could do things other than sleep at night, like cooking and giving each other massages. Chin Wa also said, "On the set I didn't dare to joke around. I used to laugh very easily, now in order to make a living I have already learned to hold it back. I am in full control because I have already passed the growing process.
Posted by hktopten at 8:40 PM