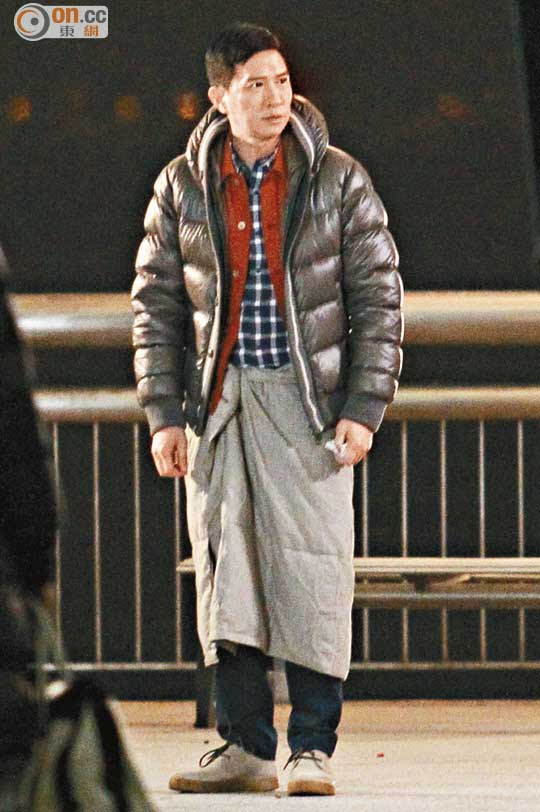 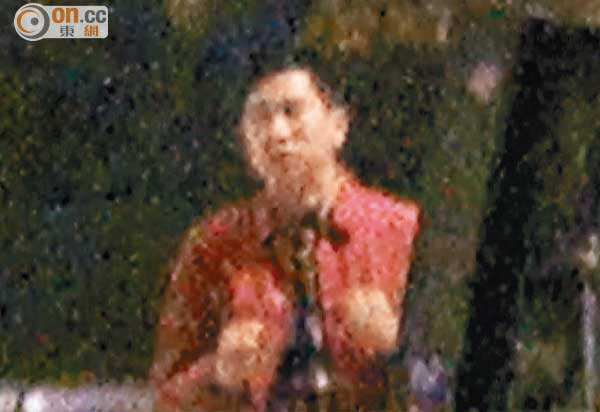 Nick Cheung Ka Fai earlier rushed back from Berlin to work on his new film. Two nights ago he and Myolie Wu Hung Yi in 7 degree Celsius temperature worked on an embrace scene at Central. Braving the chill Ka Fai not only put on a down jacket but also covered his lower body with a blanket. During the period he would move around to exercise for warmth. Hung Yi also covered her legs with blankets as well due to her short dress.

Cheung Ka Fai two nights ago worked on location at Pier Number Nine at Central with Wu Hung Yi. When the team discovered reporters taking photos they approached and covered up the cameras. Ka Fai and Hug Yi who was dressed like a flight attendant worked on a seaside chat scene. Hung Yi then gave Ka Fai a goodbye hug and walked away.

Due to the chill that night, the temperature was only 7 degree Celsius. Ka Fai and Hung Yi were shivering. They were "heavily armed" for the occasion, as Ka Fai wore a thick down jacket and wrapped his lower body in a blanket,which made him look like he was wearing a long dress. Hung Yi tightly wrapped her upper body in a blanket. Later when Ka Fai and Hung Yi rehearsed, their blankets remained with them. When they embraced they even took the chance to get warmth from each other. Finally for the official shoot, they removed their warm clothing. Ka Fai was shivering and often stood aside to move around and exercise for warmth. He also practiced boxing and kung fu to warm up.
Posted by hktopten at 3:50 PM