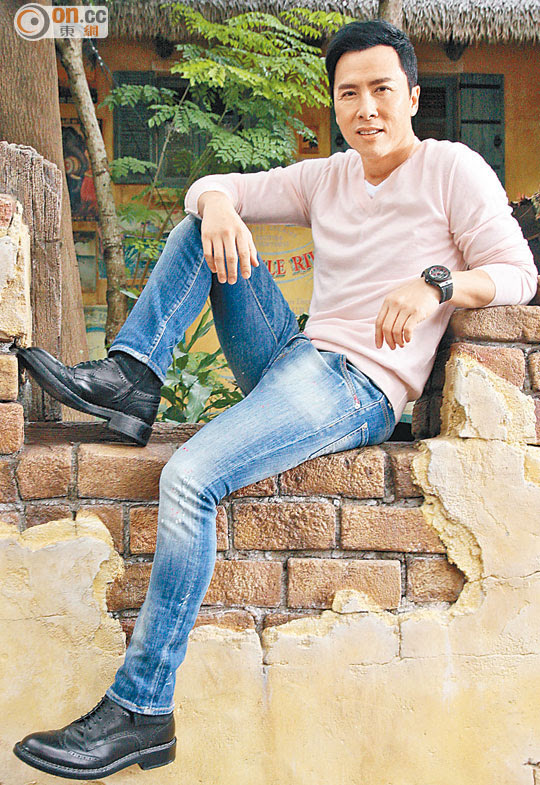 The "Strongest in the Universe" Donnie Yen Chi Tan starred Lunar New Year film THE MONKEY KING (SAI YAU GEI ji DAI LAU TIN GUNG) made 1.1 billion yuan. The role of "Sun Wukong" has become hot property! If Chi Tan says no to the sequel, the film company will be forced to consider other choices. The initial ideas are three hunks Huang Xiaoming, Takeshi Kaneshiro (Gum Sing Mo) or Korea's Choi Si-Won, but some online felt that Chi Tan could not be replaced. No wonder he said through his spokesperson, "Is it just promotion? Or (Alex) Wong Hoi Fung (Filmko boss) want to lower the price? Haha!"

Yen Chi Tan once said that playing Sun Wukong exhausted him. Three nights ago Chi Tan at the celebration still stood firm on his salary. The film company Filmko worried that Chi Tan would not be willing to make the sequel and was forced to consider replacement choices. Considering Chi Tan's response through his spokesperson, the sequel might still be on the table. Actually Chi Tan indeed deserved a lot of the credit for THE MONKEY KING's success. Even though he had help from god class Best Actor Chow Yun Fat and Heavenly King Aaron Kwok Fu Sing, as "lead actor" he carried the film from the beginning to the end. In addition he was also the action director. Many online praised his outstanding acting and felt that no one could replace him as Sun Wukong. They hoped that Chi Tan would return. Reportedly the film company still considered Chi Tan the first choice.

The sequel will add new characters, the White Bone Spirit will be another focus and perhaps even the only female lead. Thus like the flesh of the Venerable Tang Monk female stars would salivate over the role. The film company was interested in top Mainland actress Fan Bingbing, but landing "Lord Fan" would not be easy. Thus the film company at the same time was seeking Taiwan and Japanese otaku goddesses like Lin Chiling and Mitsu Dan.
Posted by hktopten at 2:35 PM