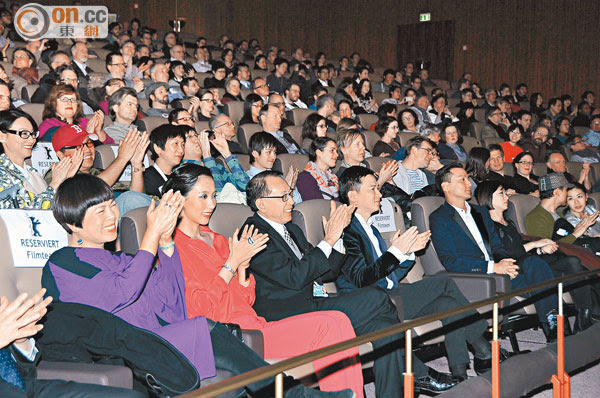 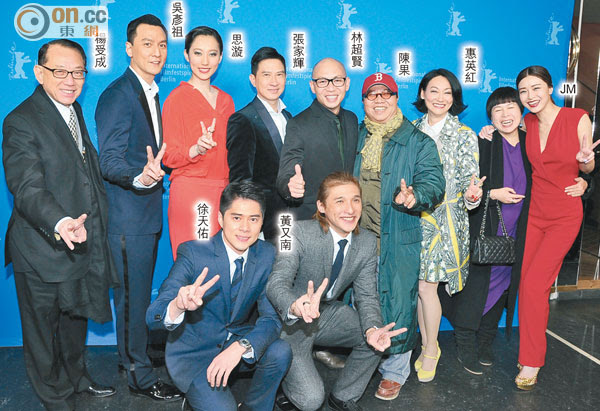 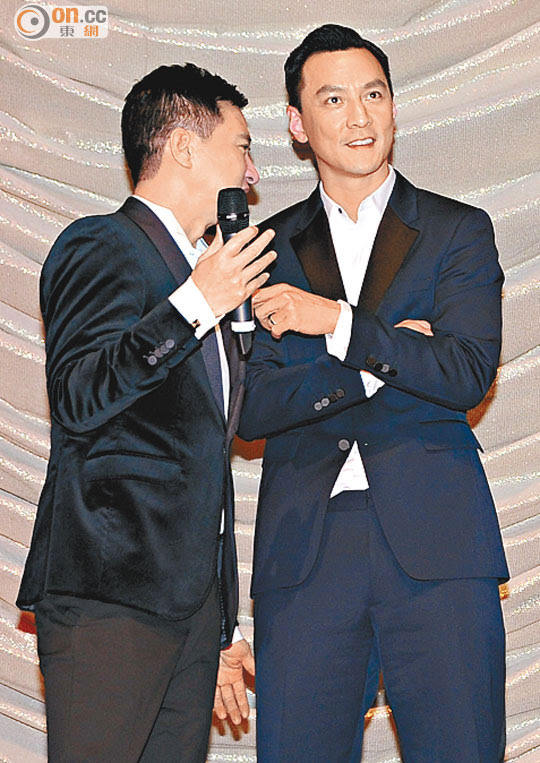 After the film screening viewers applauded continuously, the question and answer segment followed. Cheung Ka Fai said in Cantonese, "I have never felt that working on Lam Chiu Yin's movies is difficult." The event's foreign translator misunderstood his meaning and Ng Yin Cho immediately grabbed the microphone to make the correction, cracking up the entire venue. Cheung Ka Fai again said, "This time with THAT DEMON WITHIN, I have done everything humanly possible for Lam Chiu Yin!" The translator was stunned. Cheung Ka Fai asked Ng Yin Cho for help. Ng Yin Cho looked a little stumped himself. They discussed quietly for awhile before they were able to roughly translate it. Then Cheung Ka Fai continued to joke, "I am very handsome originally, he made me look like this." The translator stuttered. Cheung Ka Fai could only make his own translation, "Actually I am so handsome, I did all the things for him. I did my best." The entire audience applauded and cheered.

Lam Chiu Yin said that he discovered Cheung Ka Fai would only occasionally display a demon look. For each movie he has gone all out, as he was truly an all purpose demon actor. Cheung Ka Fai said, "THAT DEMON WITHIN had a scene in which I was set on fire. I personally performed it. Each time after the shoot I needed 5 crew members to work together and remove my ignition equipment, which took 15 minutes."

Ng Yin Cho said that because the film was too heavy on its dark side, during the shoot he had a lot of pressure. During the shoot he was mentally disturbed and had to see a psychiatrist. Coincidentally his wife Lisa S. was pregnant at the time, after returning home he did not want to speak. Luckily his wife did not complain at all. "After the shoot, I took my wife on vacation to make up for it. It also enabled me to gradually leave the character." Yeung Sau Sing rarely attended press conferences. He said, "I originally didn't want to come, but Cheung Ka Fai and the director threatened if I don't come they would not make another movies for me."

In DEMON Daniel's conscience acted up due to a childhood trauma. Because he accidentally saved "king of thieves" Cheung Ka Fai he swore to eliminate him and his remaining gang. The entire film ended in blood, action, in a hail of bullets and a sea of fire, without any shade of the Tsui Po Ko incident. Despite being piping hot in Hong Kong film, Ka Fai had less screen time than Daniel. Reportedly Ka Fai was willing to give in this time mainly because of character had a lot of acting potential. He was the soul of the film. In addition since close friend Director Lam already stated that the character had to be Ka Fai, Ka Fai quickly agreed.

Currently busy with a Hollywood film, Daniel agreed to take time in April to promote the film in Hong Kong.
Posted by hktopten at 2:54 PM