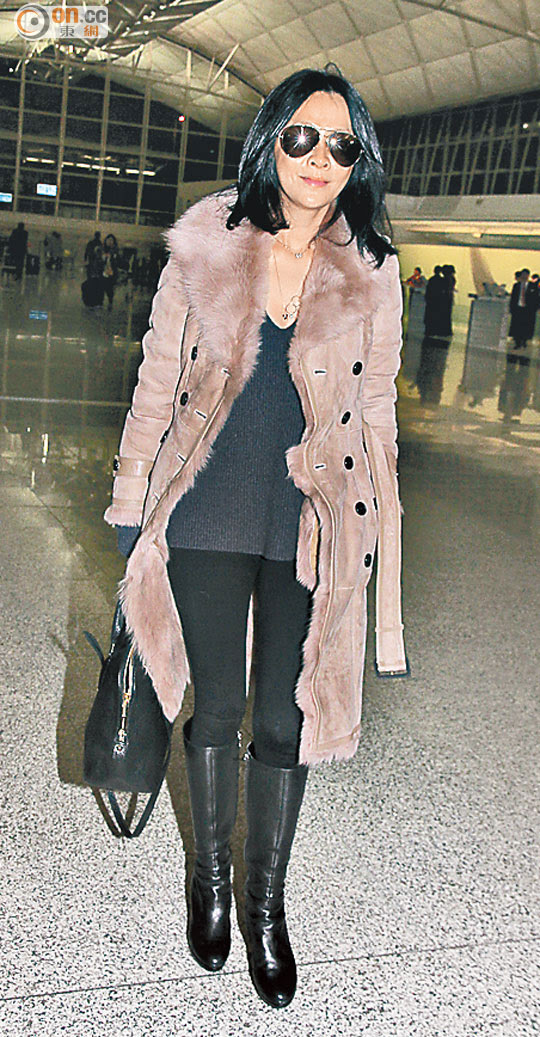 Carina Lau Ka Ling two nights ago appeared at the airport. She revealed that she flew to London to watch a fashion show and might fly to Berlin, Germany to attend the Berlin Film Festival closing ceremony with her husband Tony Leung Chiu Wai.

Today is Valentine's Day. Would Lau Ka Ling go to Berlin to celebrate with Wai Jai? Ka Ling said, "I will first fly to London to see a fashion show, then to Berlin to meet up with Wai Jai and attend the Berlin Film Festival closing ceremony together. We both have a lot of work! (Would Wai Jai go to London and see the fashion show with you?) No, he is on the Berlin Film Festival jury. Everyday he has to watch 3 to 4 movies. (Will you then go skiing together?) No, we already went!"