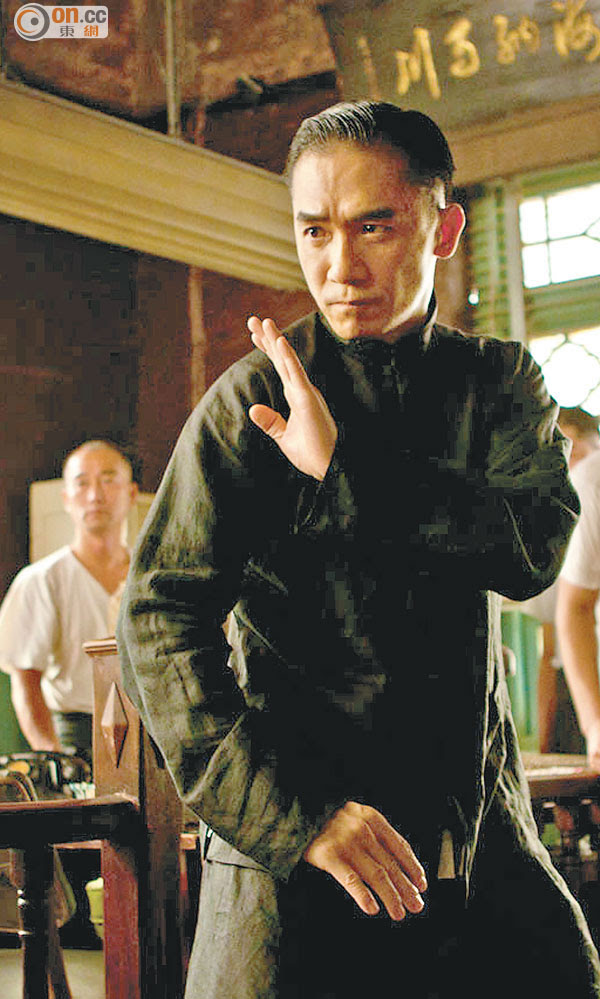 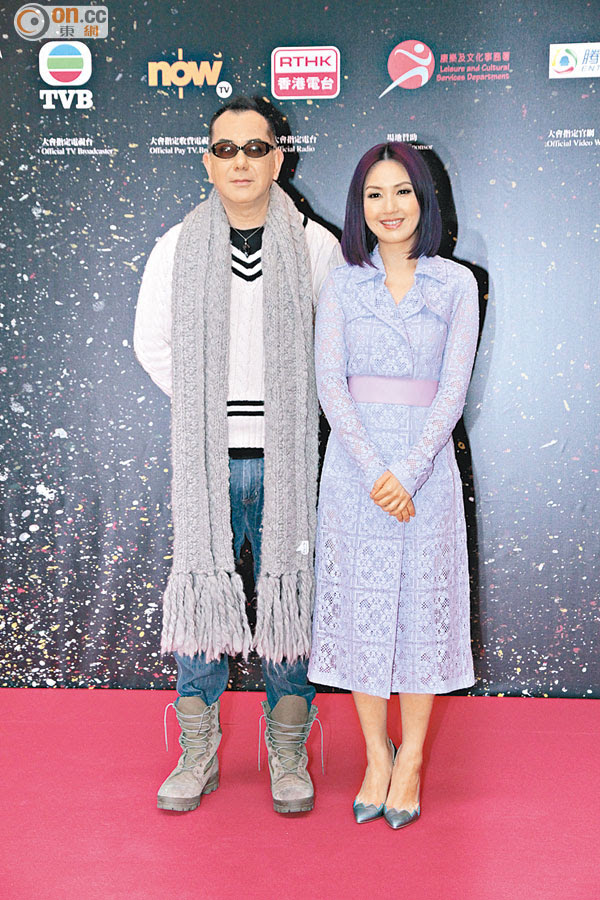 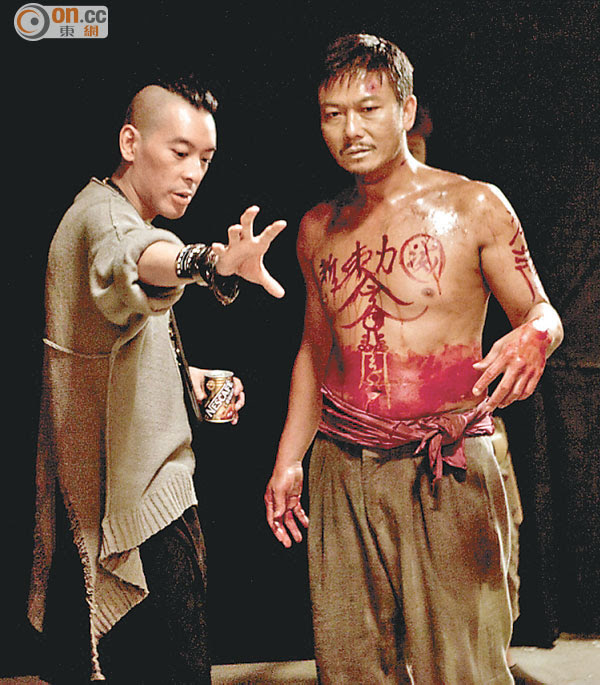 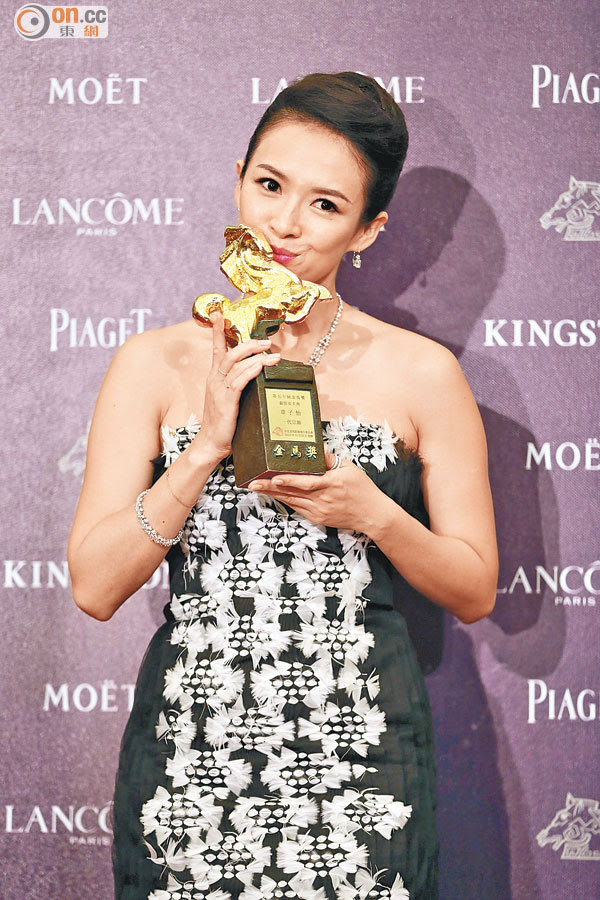 Cheung Ka Fai, Goo Jai and Lau Ching Wan are all happy about their nominations and claim that friendship comes first. Cheung Ka Fai says, "All the opponents are my good friends, the chance of being able to participate a grand event with my own friends is rare. No matter who wins I will be happy for him." Goo Jai says, "I am happy to be recognized. Although Ka Fai isn't nominated for THE WHITE STORM, the brothers all appear on the Best Actor nominations. I hope the love of three brothers can continue on."

Ching Wan says, "All the Best Actor nominees this year basically are all my good friends. of course I am optimistic (about the race)!" Chau Sun says, "This film finally has a nomination, if not, I would stop making movies because I put a lot of effort into making it." Chau Sun feels that this year's competition is very strong, a victory would be pure luck. At the time he might cry on the stage and celebrate. Wai Jai says, "I am very happy to be nominated, it's the hard work of the team."

Zhang Ziyi with THE GRANDMASTER already won six Best Actress awards to become the Hong Kong Film Award Best Actress favorite. Her main competition will be from BLIND DETECTIVE's Cheng Sau Man and RIGOR MORTIS's Paw Hee Ching. Sister Paw's performance has received a lot of raves but her role has less screen time than the others. Everyone wants the multiple Best Actress nominee Cheng Sau Man to be able to taste victory once, but her performance is only average. Cheng Sau Man says, "Haha! The 11th nomination of my life, I feel very honored." Sister Paw says, "I am very happy, the nomination is already like an award for me. Because of the strong competition, I feel my chance to win is slim. As an actress being nominated for Best Actress numerous times is already a record, worthy of reliving and remembering." With THE WAY WE DANCE Cherry Ngan Cheuk Ling again is able to challenge for the Best Actress. She happily says, "I know Babyjohn is nominated for Best New Performer and THE WAY WE DANCE is nominated for Best Film. I very much look forward to attending the Hong Kong Film Awards with the team."

THE GRANDMASTER, JOURNEY TO THE WEST: CONQUERING THE DEMONS, THE WAY WE DANCE, THE WHITE STORM and UNBEATABLE will compete for Best Film, unfortunately Stephen Chow Sing Chi is not nominated for Best Director with JOURNEY TO THE WEST. Instead THE GRANDMASTER's Wong Kar Wai and UNBEATABLE's Dante Lam Chiu Yin will battle THE WHITE STORM's Benny Chan Muk Sing, DRUG WAR's Johnnie To Kei Fung and AS THE LIGHT GOES OUT (GAU FOR YING HUNG)'s Derek Kwok Tsz Kin. Kwok TsZ Kin did not sound excited as actually his father just passed away yesterday. He said, "How ironic is this world? Today I originally have to work on a film, now the shoot has been cancelled."

"Frequent nominee" Lam Chiu Yin admitted that he wanted to win. "I have been making movies for so long, it's the first time that a movie has 11 nominations. They prove the hard work of the cast and the crew. I really want Cheung Ka Fai to win because he gave a lot."

The Hong Kong Film Award Association chair Gordon Chan Ka Seung points out that the Hong Kong Film Award production budget will be around HK$7 million, the development fund will sponsor about 5 million. Every year including this year will have an eulogy segment, and Sir Run Run Shaw (Siu Yat Fu), Hung Sin Nui, Lau Ka Leung and Wu Ma will be remembered.

Wong Chau Sun yesterday attended the event and insisted against running for the PAG presidency. He said, "Don't bother me, I am afraid of unnecessary gossip. The cabinet has already been dissolved. I have also written to (Eric) Tsang Chi Wai to explain my inability, but Chi Wai hasn't replied yet."

Mak Chun Lung's directing debut RIGOR MORTIS received 9 nominations, including a Best New Director nomination for him. He will face THE WAY WE DANCE's Adam Wong Sau Ping and FIRESTORM's Alan Yuen Kam Lun. Mak Chun Lung was very emotional and appreciative when he learned about the 9 nominations. He said that he had to turn off his phone to calm down. Later he wrote online, "Today I received a photo from co-workers. The film RIGOR MORTIS received 9 Hong Kong Film Award nominations. I am very appreciative of everyone's support and all the calls, text messages, voice mails and other congratulations. I feel very proud of the entire RIGOR MORTIS team. I will treat everything with a normal heart. Now it is also the time to turn off the phone and calm down, to continue to focus on writing my new screenplay. Thank you again."

Max Zhang Jin with THE GRANDMASTER will compete for Best Supporting Actor with AMERICAN DREAMS IN CHINA's Tong Dawei, JOURNEY TO THE WEST's Huang Bo, UNBEATABLE's Eddie Peng Yu-Yen and RIGOR MORTIS' Anthony Chan Yau. Zhang Jin after receiving the news wrote online, "Happiness comes very suddenly!" His wife Ada Choi Siu Fun also emotionally replied, "I am too grateful. Please forgive my emotions, my tears, my excitement, I am having a very hard time with describing my emotions. Lord, thank you! Zhang Jin's Best Supporting Actor nomination has filled my heart with gratitude! Thank you Great Director Wong! Thank you for all of you who love Zhang Jin! Dear, I am not the only one who has witnessed all that you have given, your hard work, your talent!"

Nominated for Best Supporting Actress with RIGOR MORTIS, Kara Wai Ying Hung will battle AMERICAN DREAMS IN CHINA's Du Juan, YOUNG DETECTIVE DEE: RISE OF THE SEA DRAGON (DIK YUN KIT ji SUN DOH LUNG WONG)'s Carina Lau Ka Ling, THE WHITE STORM's Helena Law Lan and UNBEATABLE's Crystal Lee. Siu Hung after learning about her Best Supporting Actress nomination wrote online, "I am very happy! I am very nervous! Today is my birthday, it's the best birthday present." Last night she left with the team to attend the Berlin Film Festival. Because her leg injury has not healed, she helpless said, "All the evening gowns can only be matched with sneakers. I can only change to the character style!" Du Juan is also nominated for Best New Performer.

Lau Ka Ling was excited about her Best Supporting Actress nomination. "To receive such good news in the New Year, of course I am very happy. I realize that this character (Wu Zetian) is very suitable for me, I get another nomination. Of course I have to take this chance to win Tsui Hark and Shi Nansun. (Are you confident about winning?) I take that very lightly." Later Ka Ling will head to Berlin and meet up with her husband Leung Chiu Wai for Valentine's Day.

Mainland actor Lin Gengxin is nominated for Best New Performer, but his qualification was questioned. Hong Kong Film Awards said, "Lin Gengxin performed in THE IMMEMORIAL MAGIC, which was an online movie and was never released in cinemas. His role in THE BLUE CORNFLOWER was very minor, with only two lines in the entire film. The jury watched it and felt that he still qualifies for his nomination."

Miriam Yeung Chin Wa yesterday attended the Hong Kong Film Awards event. When she stood on the stage, she suddenly grabbed onto her slipping belt. Luckily the crew helped her with it. Chin Wa later said, "I was afraid that the belt would slip off and people would say I was pregnant. Now when I go out no one offers their seats to me. If I was being written about as pregnant I would be happy, but this year is not the time yet. Only during the New Year I ate recklessly. I will have to get back into shape for work."

Speaking of the Lunar New Year's Day she and a big group of friends had a gathering and birthday celebration at home. She even received flowers from her husband Real Ting Chi Ko and was very happy. Her wish was for her family to be healthy. As for her husband declaring his love online again, Chin Wa said, "I am very grateful. He often keeps my feeling in mind."

As for Best Actor and Best Actress picks, Chin Wa said, "Everyone is very amazing. I am happy for (Anthony) Wong Chau Sun's nomination, he already has been recognized; but as an actor, like myself, after winning once you really want to win again."

BEST FILM FROM MAINLAND AND TAIWAN
ROCK ME TO THE MOON
LOST IN THAILAND
THE LAST SUPPER
TOUCH OF THE LIGHT
SO YOUNG
Posted by hktopten at 3:04 PM