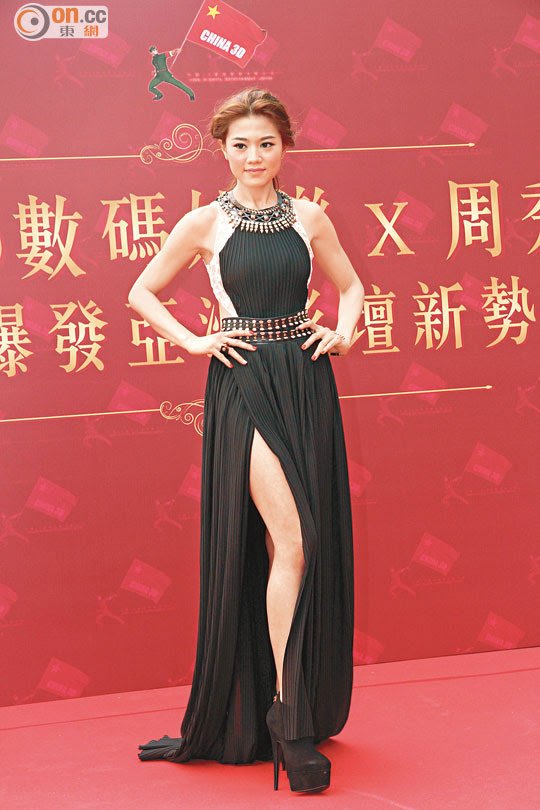 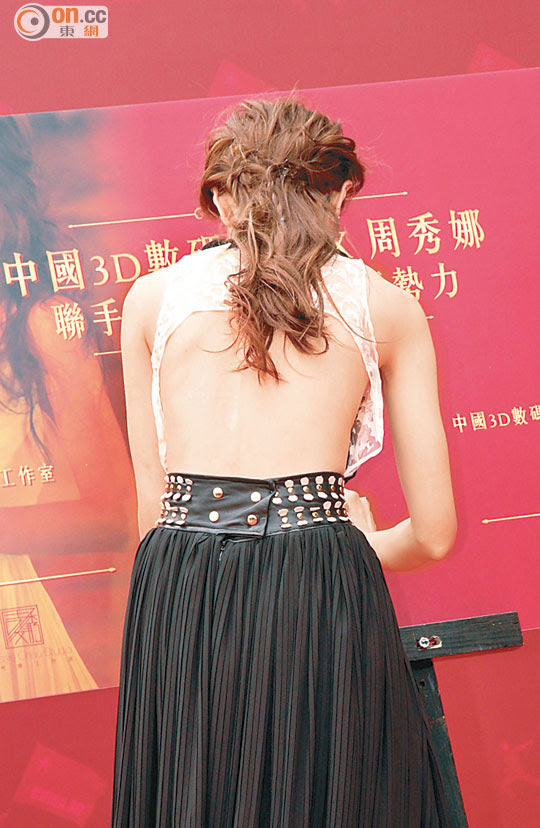 Chrissie Chau Sau Na is doing better and better in the film industry. She just signed a HK$20 million film deal and quickly bought a luxury car for herself. At the same time she has also been looking for a luxury home. However she said that before the contract ends, she could not have a child.

Chau Sau Na pocketed HK$20 million salary to join the China 3D Digital Entertainment company to make 12 films. Yesterday boss Stephen Shiu Jr. and she attended a press conference for the contract signing ceremony. Sister Na arrived in the company of the big sailors on a yacht. She even received a sailboat model asa gift, symbolizing a smooth sailing for her in the film industry.

Sister Na was very happy to catch the boss' eye. She said, "This collaboration is a big gift for me this year, thank you Mr. Shiu for trusting me. I too want to achieve something in film, I hope to be able to make a good film." Some said that joining Stephen Shiu Jr.'s company she had the right to choose co-stars and scripts? She said, "I will participate." She also revealed that she would like to work with Takeshi Kaneshiro (Gum Sing Mo), but she would slowly fulfill her dream. In her first film she will be able to work with Julian Cheung Chi Lam on the Hong Kong version PRETTY WOMAN tentatively titled CHIN GIK NGOK MOR OI SEUNG NGOR (BILLION DEVIL FALLS FOR ME) and will try to several locations overseas. She will fulfill the dreams of many women and she will be very happy. As for the end year production BAUHININA HEROINE 3D (3D JI GAING HUP), she heard that Juno Mak Chun Lung will direct and she looked forward to it very much.

How would she use all that salary? Sister Na revealed that she has already bought a Mercedes Benz for herself. In addition she has been looking at homes but has not found one. Now she is renting a place. Sister Na has 12 films on her hand, did the contract have any stipulation against dating, marriage, parenthood? She said, "I can get married, but I can't date. I have to focus on work first. I can't have a child, so I don't think about dating." As for the romance with Cheung Chi Lam, will she have any sexy and bed scenes? Sister Na said that the details have not been confirmed. Everything will depend on the script. She did not mind any passionate scene.
Posted by hktopten at 1:47 PM