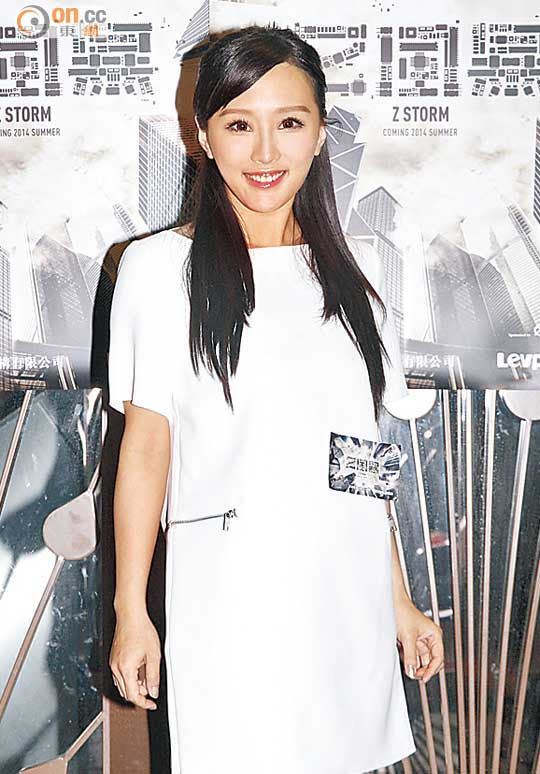 DaDa Chan Jing last night was almost 45 minutes late to the film Z STORM (Z FUNG BO)'s wrap banquet. She explained that it was due to traffic jam. In the film she and Gordon Lam Ka Tung had many bed scenes. She said that the story required them and they were not the film's selling points. She said that she did not even have a kiss scene, but she did bare her shoulders and embraced him. She even praised Lam Ka Tung as a very gentle co-star who also took great care of her.
Posted by hktopten at 8:40 PM