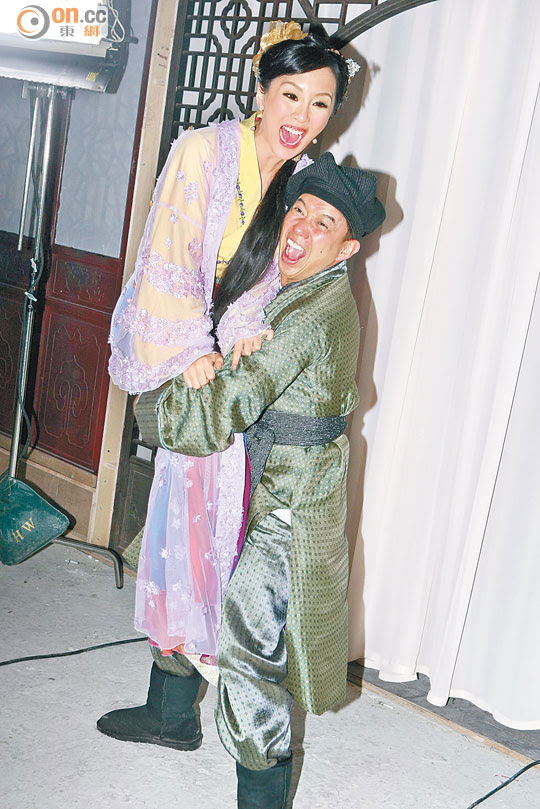 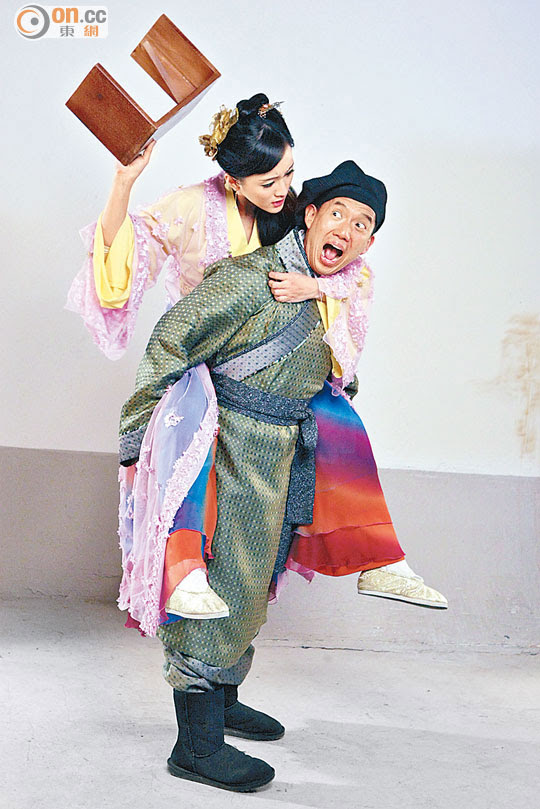 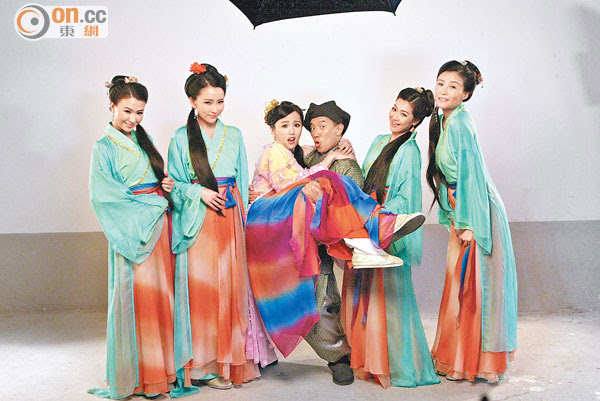 Chapman To Man Jat, DaDa Chan Jing, Connie Man Hoi Ling yesterday worked on the poster for their film TONG BAK FU CHUNG SEUNG WON SIU (TONG BAK FU UP IN THE CLOUDS). He even picked up DaDa who played Pomegranate to harass. Playing a pilot in the film, he once went through the clouds into the past. After running Tong Bak Fu he knocked him out and took over his identity to mess around everywhere.

As for playing Tong Bak Fu, Ah Jat said that the character would keep some of Stephen Chow Sing Chi's FLIRTING SCHOLAR (TONG BAK FU DIM CHAU HEUNG) stories. Would he watch it again for research? Ah Jat said, "I don't have to, it's on re-run every Lunar New Year! (Are you afraid of any comparison with Sing Yeh?) I don't mind being accused of plagiarism and being compared, good stuff doesn't have to worry about being counterfeited. Surpassing Sing Yeh may be impossible, over 100 million at the box office after all! I am OK with 1/10 of his!" As for working with DaDa again, Ah Jat praised that she has improved a lot. "She wasn't able to remember her lines on the set before, she would be very prepared. Thus she has her reasons for moving up."

Speaking of the time travel in the film that seemed to be right up the hit Korean series MY LOVE FROM THE STAR, Ah Jat immediately revealed that his wife caught the "STAR virus". He said, "She is all crazy about the show, earlier when it stopped after 15 episodes she called me to ask what she would do. Luckily at the time (Joey) Yung Cho Yi was able to answer her and said that it would come back later. She was immediately at ease."

DaDa revealed that working with Ah Jat again they had even more chemistry, even when he improvised she was able to handle him. She even said that she spent Valentine's Day at work. She said, "I haven't dated in 3 years, I want to. However when I am not dating I can focus on work, which is a good thing." Man Hoi Ling who worked on her first costume film said that Ah Jat often gave her advice on the set, much to her benefit.
Posted by hktopten at 3:52 PM