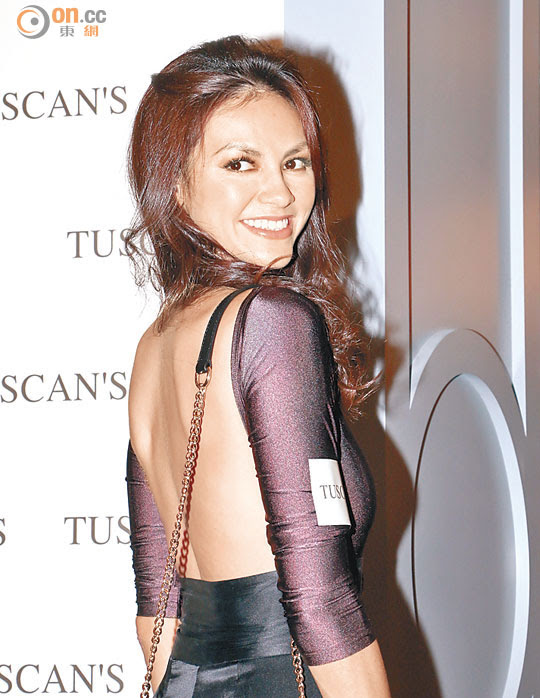 Fiona Sit Hoi Kei, Matthew Ko Kwan Yin, Linah Matsuoka, Rosemary and Rose Chan Ka Wun attended a handbag event in Tsim Sha Tsui. Just finishing her concerts, Fiona revealed that she has not rested all along. Because in early October she will release her Cantonese record, lately she has been busy with the micro movie of her song FINAL FINAL's post production work. She said, "This time I finally officially become a director. The story is about a pure love, it won't have any intimate scene like kissing."

Speaking of her friend Jaycee Chan (Fong Cho Ming), Fiona only said that she was praying for him and did not want to say too much about the rest; she said that having known Cho Ming for 10 years, he has treated her and her friends very well. Thus no matter what, she would care about and love him. Would she visit him if she could? Fiona said, "Now the answer to the case remains unknown, when it is known I will worry about that. (Have you comforted him in any way?) Yes, but I won't say how. I will pay close attention to information about him." Reportedly Jackie Chan will take over Cho Ming's jobs, would Fiona help? She immediately said, as a good friend she would not reply to any non constructive opinion.

Linah Matsuoka earlier successfully landed in Stephen Chow Sing Chi's new film MERMAID's final six actress recruitment. She said that she still did not know when the film will start production, but she will definitely have a character. Thus now she has been working hard on her Putonghua. What character would she like to play? Matsuoka said, "Sing Yeh is a genius, I will think up a suitable character for me. (Will you accept playing an ugly character?) I will try to the best of my ability."
Posted by hktopten at 7:18 PM