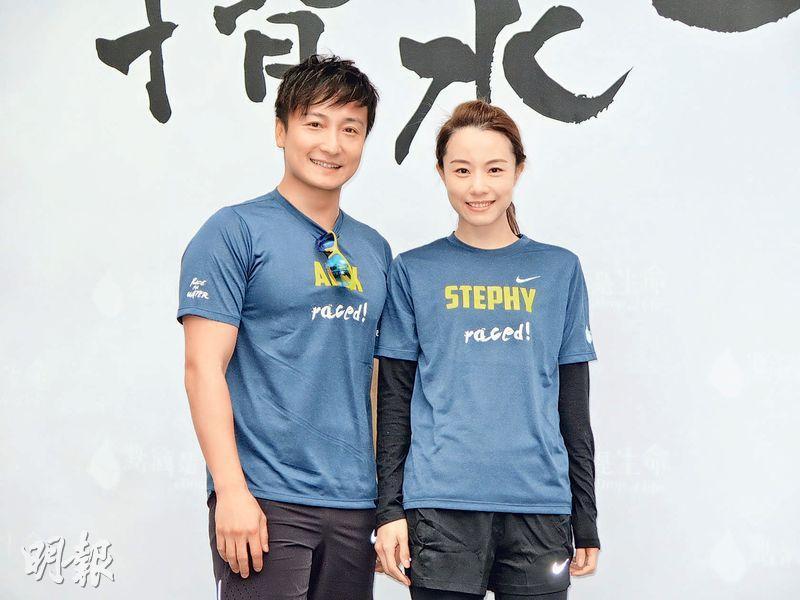 At the race start ceremony Siu Fong suddenly extended his hand to shake Stephy's, Stephy was stunned. After hesitating for a second she put her hand over her heart then extended her hand to shake Siu Fong's. Then Siu Fong hinted for Siu Chai, who was about to get on the stage, to wait for little so he and Stephy could pose for photos.

Then the event arranged for them to be interviewed separately. Siu Fong felt that since they belonged to different companies, separate interviews were very normal. He said, "I want to be interviewed together, I don't mind. (How about a picture together?) Sure, last year we did one too." He said that Stephy deserved her Film Critic Society Best Actress Award.

Stephy was asked about Siu Fong surprising her, she said that maybe she did not sleep enough. As soon as she turned around she saw such a big person and was frightened a little. In the original rundown he wasn't on the stage ye. Did she feel Siu Fong was much bigger? Stephy said that the clothes might make him a little bigger. Two years after their breakup, Stephy admitted that they would see each other at private events. Siu Fong also congratulated her on her recent award.
Posted by hktopten at 5:50 PM