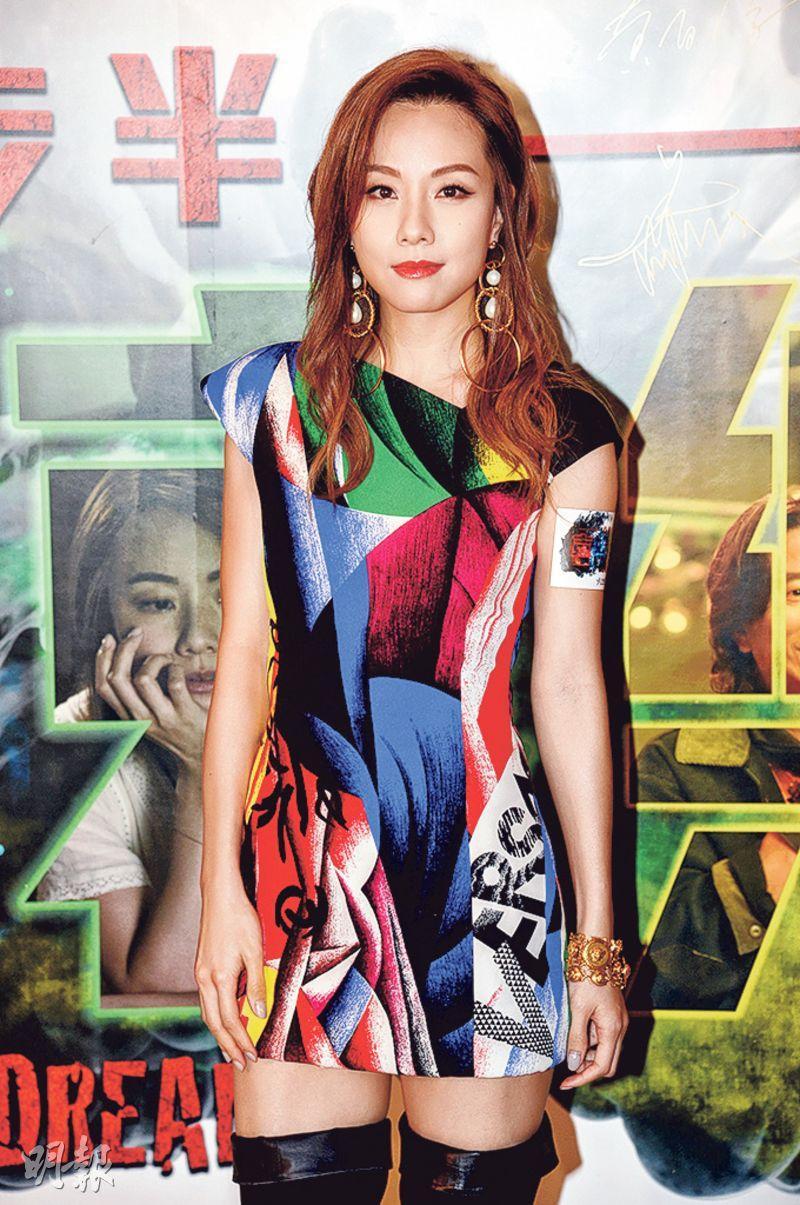 Stephy Tang Lai Yan, Louis Cheung Kai Chung, DaDa Chan Jing, Susan Shaw Yam Yam and director Teddy Robin Kwan two nights ago attended the LUCID DREAMS (BAK BO BOON HEI LO OI LOK) premiere. Stephy in the film had a back revealing scene. She said, "The director thought my back was pretty so he added this scene on the spot. Because I trusted the director I agreed without hesitation. This scene is even more able to coordinate with the story's horror atmosphere. During the shoot I asked for the set to be cleared. For now this is going to be my sexiest."

Stephy during the shoot has not begun dating Prince Chiu. He did not find out until he saw the stills. She sad, "Maybe it is his bottom line too, but after he saw the stills he had no response. No response represents good response, at least he wouldn't object. Actually I show my back in what I normally wear too." For such scenes, Stephy said that she would not deliberately ask her boyfriend first. "Everyone in this business would understand, we respect each other. We have no need to explain too clearly. If my boyfriend is making an intimate scene, I wouldn't be jealous either. I don't want to be limited, so I wouldn't limit him. However I may choose not to watch."

Cheung Kai Chung and DaDa worked together for the first time. In the film DaDa played a rental girlfriend and had a fake wedding with Ah Chung for the gifts. Ah Chung said, "This time is a fantasy film, like the 80s and 90s MYSTERY BEYOND it is not completely a horror film. However it would have scary elements. Several segments would have different emotions. Stephy's story has explosion, bottle breaking and semi nudity, but we are very familiar so it was a little awkward. I had to cover my eyes to watch."

DaDa said that she was newer in the film industry. Ah Chung said, "You are my elder, I am the junior." DaDa said, "If I only knew, I would have thought of something to tell you to do."

DaDa revealed that earlier she rested for a year due to Meniere's disease. She was already fully recharged from traveling and could return to work. Did she spend all her money so she returned to work? DaDa joked, "Originally I didn't have too much money, but I can spend what little I have."
Posted by hktopten at 8:27 PM