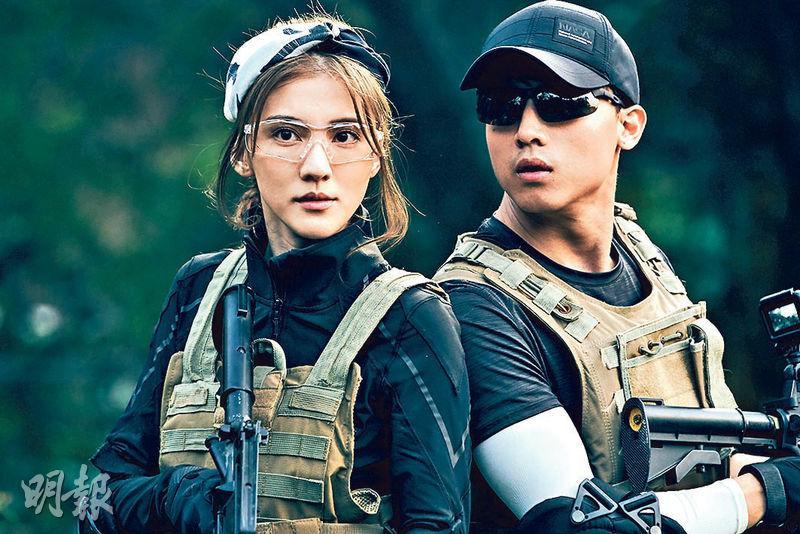 The Anson Kong Yip Sung, Karena Ng Chin Yu, Adam Pak Tin Nam, Chloe So Ho Yi starred new film LOVE SUDDENLY (FUT YIN SUM DONG) originally has been scheduled for a Lunar New Year and Valentine's Day release, but since the cinemas are closed due to the pandemic everyone pray for the new film to be released on schedule.

In the film everyone went to the country for a paint ball war game for the first time. Anson Kong said, "It was very hot but a lot of fun, I especially like the 360 degree shot of me and Chin Yu running in from the side, back to back, then switching our magazines and shooting. Everything had to be done at once, we rehearsed it many times as we were very nervous!" Chin Yu had to shoot AK, for which she stated that she was more afraid of than being shot at. "My aim had to be very accurate, his face was above and pants below so the shot really was awkward. It had to be properly done." AK told Chin Yu to relax. Because he had padding on the chest, he could tolerate one shot; Pak Tin Nam in order to protect So Ho Yi jumped in front of her. After taking multiple shots in the back he could not help but cry out. He said, "Being shot with a paint ball still hurts, I didn't realize I was bruised until I took a shower."
Posted by hktopten at 10:06 PM