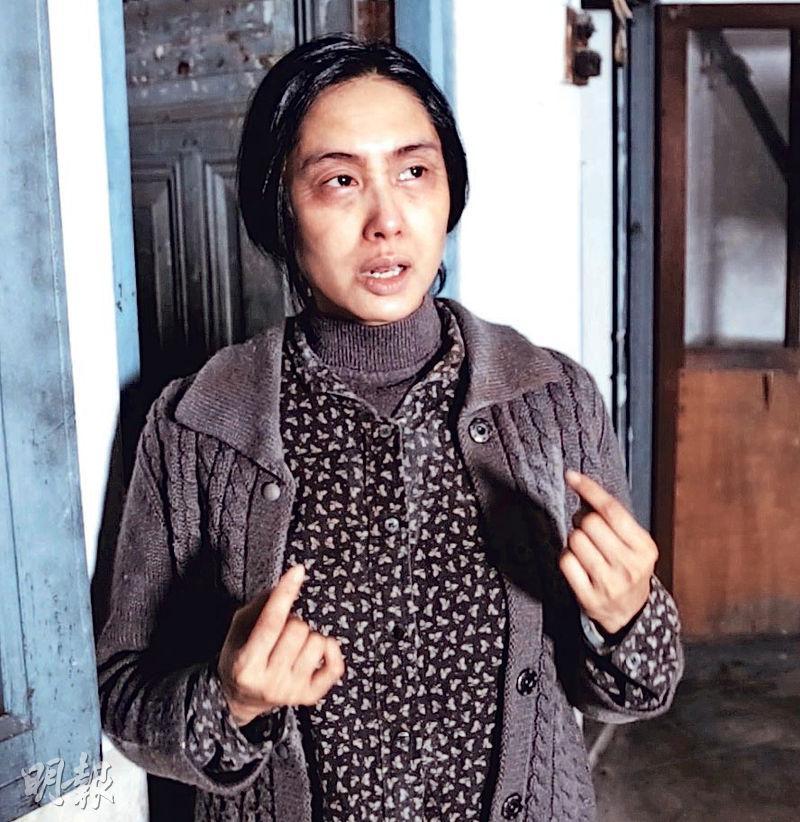 Rarely making Hong Kong movies in recent years, Athena Chu Yan in the new horror film THE LINGERING (GOO JAT) played mother and son with Louis Cheung Kai Chung. The story revolved around a century old house. In it Chu Yan lost her husband and had to raise her son alone. She even had to play the character from her 20s to her 60s. Aside from the acting challenge, she also made new attempts in her appearance with special effect aging make up.

In one scene Ah Chung was determined to leave the farm life and mother and son thus had an argument. Finally Chu Yan was abandoned by her "son". This scene was quite memorable for both actors, who were parents themselves. With one daughter Chu Yan was already teary eyed during the shoot and cried sentimentally during playback. She explained, "In the story my son is already grown and kept talking about wanting to leave, but every time I was able to stop him. However this time I was unable to. This son was my character's entire world......" Chu Yan shed tears again and continued, "Losing this pillar as well, as a mother the most terrifying would be the moment that the child wants to leave."

Speaking of sacrificing her beauty to look older, she did not mind at all. She explained that she took the film because the script was attractive, at the same time she also liked this character. "This character's strength is despite all the strange things that happen in the house, she still safeguards her son and family. This film is not only a horror film, but a horror film packaged story of motherly love." With a son and a daughter, Ah Chung stated that after making THE LINGERING he was very afraid, so he would treat his children even better.
Posted by hktopten at 9:29 AM