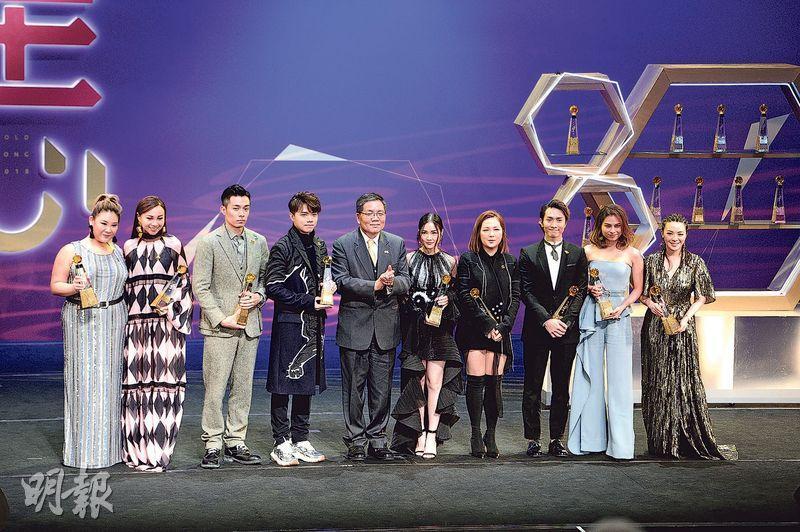 Tse On Kay appeared at an award show after two years away. This year she would try to make time to attend all of them. Would she drag Louis Koo Tin Lok with her? She said, "I wouldn't take the initiative to drag him here, it would depend on what his wishes are. Everything is up to him, but he said that he would try to make it if needed. Although we don't know how it will turn out, I thank him anyway. He has several movies on hand and is busy with promoting, scheduling would be rather difficult. (Are you confident about his live performance?) I have confidence in him about everything."

Hin Jai led with three awards and became one of the big winners. "I am very happy, at least I can already answer to the company at the first award show this year. (Are you confident about winning the Grand Slam?) I would have expectations. If I do I would be happy, if not then so be it because each media judging system is different."