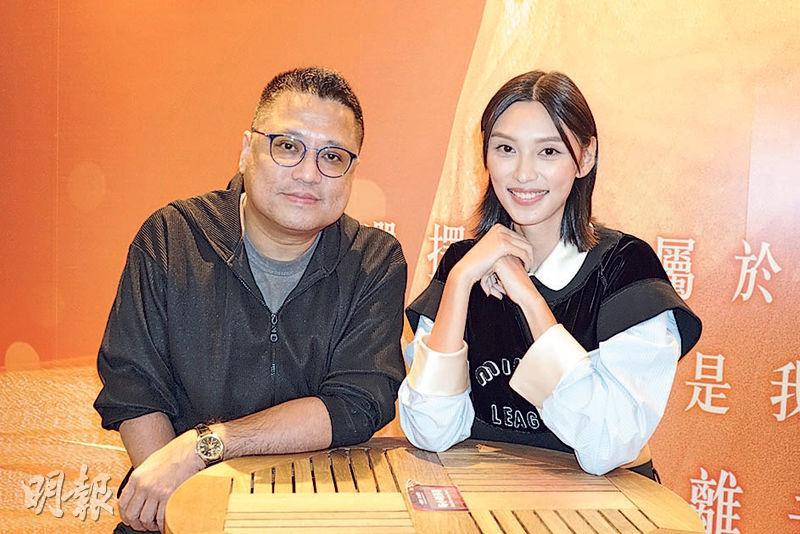 In memory of the late superstar of a generation Anita Mui Yim Fong, the film ANITA two days ago opened, reached HK$ 3.11 million at the box office and accumulated HK$ 3.79 million to set this year's Hong Kong film opening day box office record. Playing Mui Yim Fong in the film, Wong Dan Nei and director Longman Leung were the happiest to see many young viewers at the movies. They could pass on the spirit of Sister Mui. Miriam Yeung Chin Wa in the film played Chan Suk Fun. She in social media posted her photo with Sister Mui. In front of Sister Mui she was obviously green and respectful. She admitted that through the film she got to know Sister Mui anew and thanked Sister Mui for using life to affect life.

Director Longman Leung and Wong Dan Nei attended many audience appreciation events at the cinemas. Wong Dan Nei was happy that the audience appreciated the film and even felt that she would not just look at the box office numbers. Longman Leung said that he made this film because he wanted to dedicate the legendary life of Sister Mui to the audience. Thus he was the happiest to see post 90s and 00s viewers at the movies. Wong Dan Nei said, "We can pass on the spirit of Sister Mui, like she says as long as you have faith, nothing is hard, You can do anything, that type of determination and never say quit spirit."

Director Leung said that he was very moved to have the support of viewers of different ages. Some viewers came to watch because they never forgot Sister Mui, and some young viewers said that they have already seen it once but they would still bring their parents and grandparents to watch it again. Wong Dan Nei was touched that young viewers after watching the film told her that they would go online to find more information and videos of Sister Mui. They wanted to know more about Sister Mui. To be able to make everyone Sister Mui's fans is this film's and her mission.

Yeung Chin Wa in the film played Chan Suk Fun. Earlier she also assisted in promoting the film at the cinemas. She even performed Sister Mui's hit DEAR LOVER. As the film officially opened, Chin Wa even through social platform helped with promoting. She also posted many valuable photos of her with Mui Yim Fong when she first started in the business. She wrote, "I am fortunate to get to know Sister Mui anew in the film, for me to believe even more that her spirit would forever remain. I miss her, I thank her, as her junior I also received her encouragement. Thank you Sister Mui for using life to affect life, thank you team for passing on Sister Mui's goodness, I am very touched." In the old photo, Chin Wa was still very green. In front of Sister Mui she was obviously respectful. In the photo were the "Capital Artists Three Treasures", aside from Chin Wa, Edmond Leung Hon Man and Eason Chan Yik Shun. They were all very young. ANITA also has opened in the Mainland. Chin Wa and Leung Hon Man recently reunited on the stage in the Mainland. Chin Wa admitted that she was recalled of those days when they tried their luck in music together, this time on the stage they played time buddies, singing TOO BAD I AM AN AQUARIUS, TUG OF WAR and FRIENDS.
Posted by hktopten at 9:42 PM