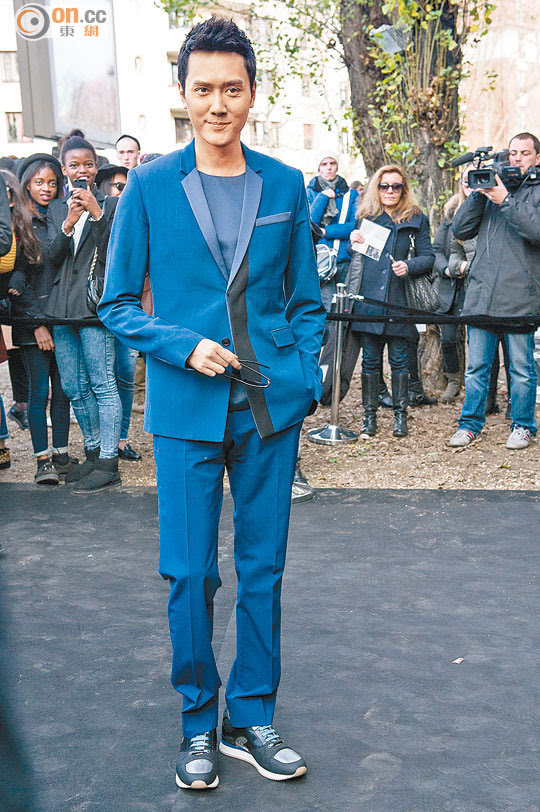 THE MONKEY KING 2 (SAI YAU GEI ji SUEN NG HUNG SAM DA BAK GWUT JING) has been scheduled for a February 8 2016 Year of the Monkey release. After Aaron Kwok Fu Sing and Gong Li, Feng Shaofeng has confirmed that he will join the cast and play the Venerable Tang Monk. At the same time, the film company even revealed two conceptual designs. The film currently is in its final testing stage before production, as ten teams of Cameron Pace Group 3D cameras, over 800 Chinese and U.S. creators are waiting for the stars to join the team.

The debate about who will play the Venerable Tang Monk has never ended, not long ago many in the media tried to get information through every channel and all revealed that Feng Shaofeng will star. The film yesterday officially made the announcement. This time the casting took a very long time. The Venerable Tang Monk will be an important character in MONKEY 2 so the choice must be very stringent. Feng Shaofeng in recent years have participated in many big productions like PAINTED SKIN THE RESURRECTION (WAT PEI II), YOUNG DETECTIVE DEE: RISE OF THE SEA DRAGON (DIK YUN KIT ji SUN DOH LUNG WONG), THE CONTINENT, all of which had decent box office performance. Those films included fantasy commercial blockbusters and refreshing literary subjects. He was able to traverse between a variety of characters and subjects and accepted by different viewers.

At the same time he was recognized online as the most convincing Tang Monk. In order to playing the role even more convincingly, he already started on a vegetarian diet and the life of a sadhu. For the film to be more suitable for the entire family during the Spring Festival, the creative team deliberately made adjustments on the story and the visuals to make the overall style even lighter. Parents would not have to worry that their children would see excessively violent scenes. The film company revealed two conceptual designs. In one the Tang Monk traveled through a blooming mysterious forest; in another the Tang Monk rode a white horse and faced the Marble Mountains where Sun Wukong was trapped under.
Posted by hktopten at 8:03 PM