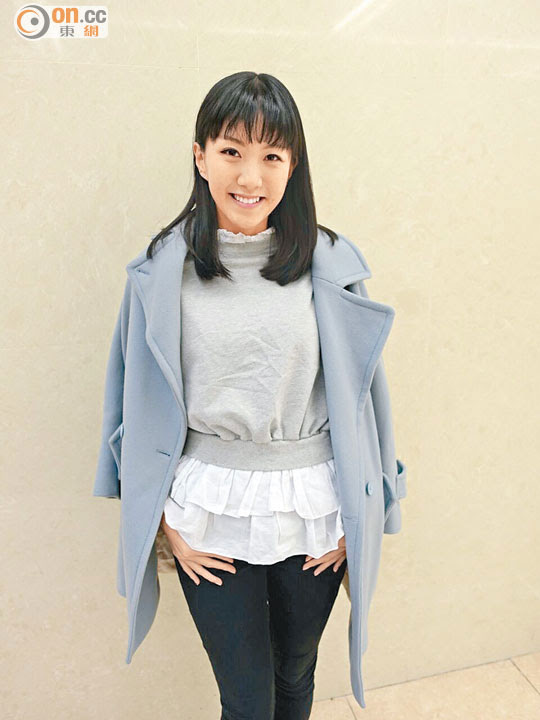 Rose Chan Ka Wun, Adrian Wong Chi Ching, Pakho Chau and director Kevin Chu ka Won two nights ago attended the film I SELL YOU (FAN MAI OI)'s audience appreciation screening. The film had decent response from the full house. For her first lead role, Chan Ka Wun was of course very happy. She said, "Earlier advanced screening response was pretty good, now with the official release I really want to know everyone's reaction. I am very happy that a lot have been very positive, touching, funny, I hope to continue to have good reaction."

In the film Chan Ka Wun not only had love scenes with Pakho Chau and Liu Kai Chi but also had many touching mother and daughter scenes with Mimi Kung Chi Yan. They were rather tear jerking. Chan Ka Wun also cried very convincingly and moved the audience. Her acting has improved a lot. She said, "For this film I really have to thank Sister Kung (Chi Yun) and Uncle Chi, they are really amazing. Not only are they great actors, they are also very able to motivate the entire team. Many of my scenes only took one take, very smooth. I am really thankful for them and the director."

Speaking of her scenes with Kung Chi Yan, Chan Ka Wun said that during the shoot she slapped her over ten times. She said, "In one scene I upset Sister Kung to the point of her slapping me. Because the scene had to be shot from several angles, Sister Kung had to slap me a dozen times or so. Sister Kung was reluctant, but I told Sister Kung to hit for real. This scene to me was pretty memorable."
Posted by hktopten at 8:09 PM