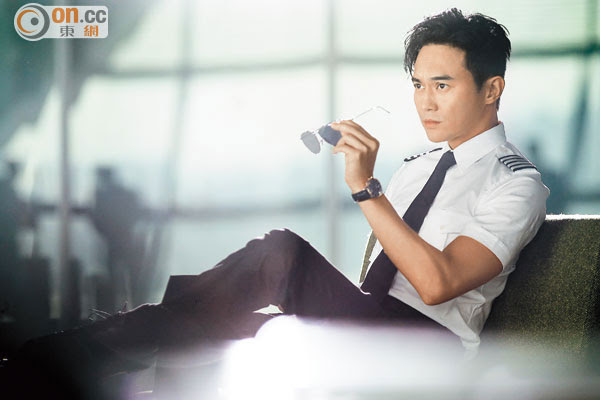 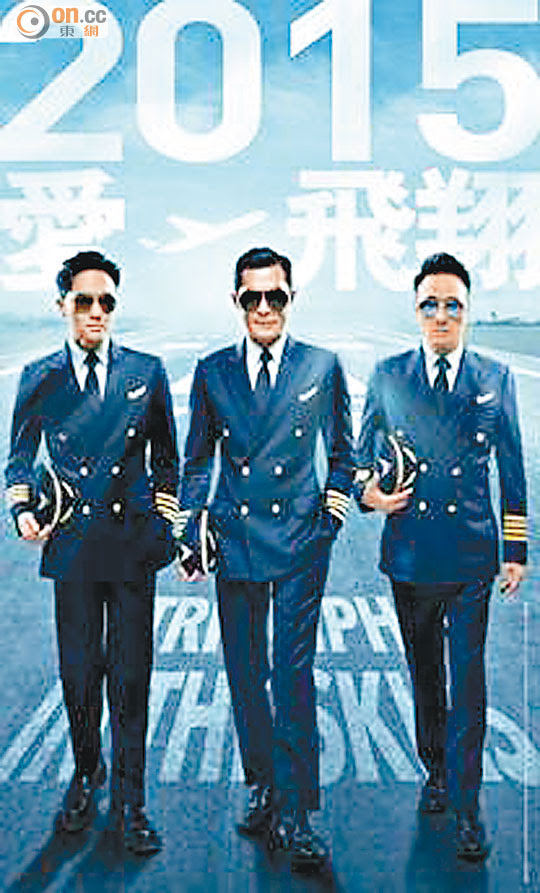 In the film TRIUMPH IN THE SKIES (CHUNG SEUNG WON SIU) three kings and three queens compose love songs in the air. Francis Ng Chun Yu, Julian Cheung Chi Lam and Louis Koo Tin Lok gathered as three hunky pilots and chok until the silver screen exploded. In the film's first hunky promotional photo, the trio appeared as pilots as they captured the hearts of tens of thousands of female viewers.

All 3 hunks have their own romance in the film. Goo Jai was a heir to the airline. After he took over he started renovations, inviting Sam Gor to shoot a promotional film and brought back Jayden. Goo Jai personally worked as a pilot, ran into flight attendant old flame Charmaine Sheh Si Man and continued their love.

Sammi played a superstar and the lead actress in the promotional film with a fear of flying. She and Sam Gor ran into each other overseas after working together and had an one night romance. Jayden turned into the better paid charter pilot. At work he ran into Amber Kuo, who was actually seriously ill. Jayden helped her fulfill her wish.
Posted by hktopten at 8:01 PM