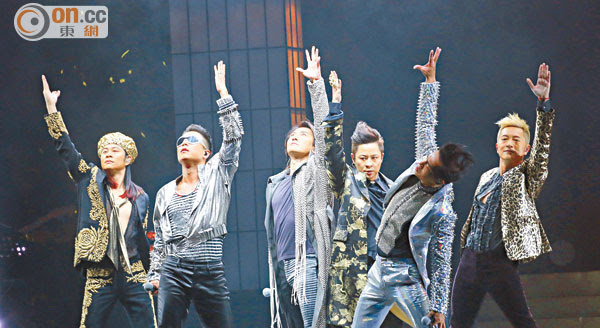 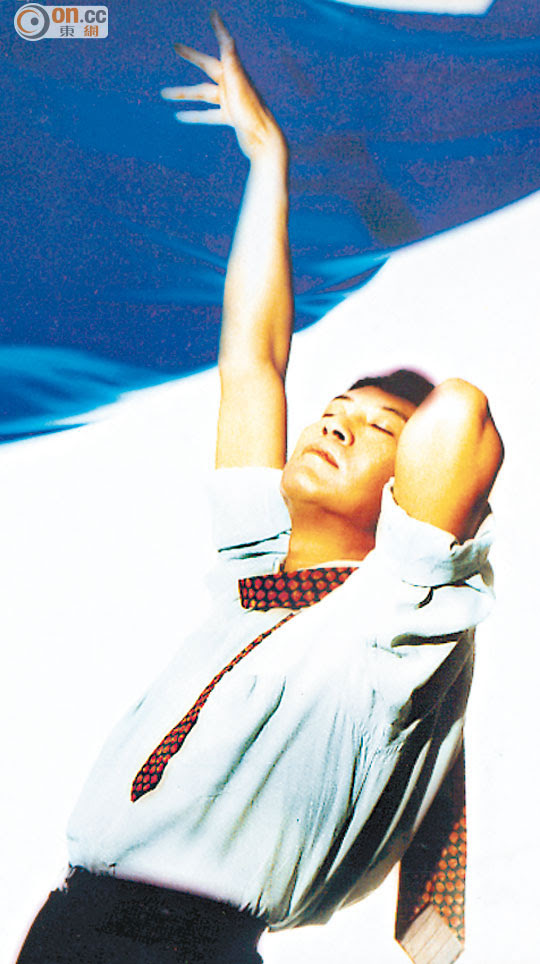 Law Man's first disciple Ekin two nights ago led Law Gei's dancers Chan Siu Chun, Lam Hiu Fung, Kam Chi Fai and the Grasshoppers. They joked that two nights ago they were "Suddenly", a merger of the Grasshoppers, YOUNG AND DANGEROUS and Panther Kids and an one night only performance. Speaking of his mentor Law Man, Ekin said that he was very honored to be able to be his disciple. He often taught him to be serious both at work and at play. Lately his wife Yoyo Mung Ka Wai was rumored to be pregnant. He admitted that she truly was not, if she was he definitely would tell everyone. Choy Yat Kit said that once at an award ceremony he did not know what he should wear. Law Gei went into the dressing room and took out three sets of clothing for them, all three were in black, white and red. So Wing Hong during his performance tried to toss the microphone like Law Man but failed. Hong Jai said that although Law Man has already passed away for 12 years, he still had his number on his phone and two nights ago he even tried to call it.

Law Gei's friend Lau Pui Kei said that he was very happy to see so many friends Of Law Man. Everyone even dressed up for this party, which brought him a lot of memory for him. He said, "I met Law Man when I was 11 and have known each other for 40 years. Over those 40 years we never argued, we got over the hard times together. Tonight I feel like he is at this party, I believe that at this moment he is laughing very happy. Law Gei, we all love you, happy birthday." The crew brought out a giant cake and invited Law Man's former assistant Terry to the stage to sing the birthday song and GOOD SONG DEDICATED TO YOU with the performers and the audience.
Posted by hktopten at 11:38 AM