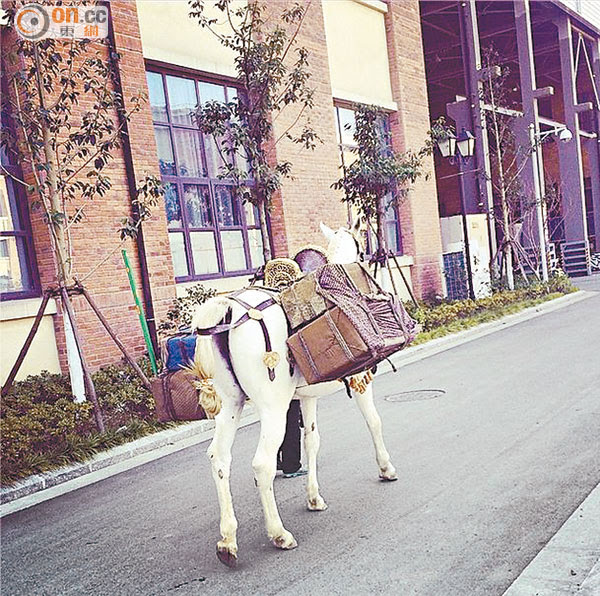 Mainland star Feng Shaofeng lately has been working on the 3D fantasy film THE MONKEY KING 2 (SAI YAU GEI ji SUEN NG HUNG SAM DA BAK GWUT JING) with Aaron Kwok Fu Sing, Gong Li, Law Chung Him and others. Playing the Venerable Tang Monk, Feng Shaofeng earlier officially joined the production. Two days ago he worked at the Wuxi Studios, but while working on a riding scene he fell off a horse and was crushed. In a coma he was rushed immediately to a Wuxi Chinese medical center. The horse that Feng Shaofeng rode was a pure breed white horse from Australia. Because it was not used to being surrounded by the equipment and the crew, Feng Shaofeng had an accident as soon as the shoot began.

At the time, "Sandy" Law Chung Him and "Piggy" Xiao Shenyang were working on another scene in a nearby studio. When they learned about their co-star's accident they rushed over. Only Feng Shaofeng was already in serious condition and was sent to the hospital.

Filmko boss Alex Wong Hoi Fung admitted that Feng Shaofeng fell from a horse and revealed that his condition has stabilized. As for today's Mainland press conference, his attendance would depend on his condition.

Law Chung Him said, "I found out that Feng Shaofeng was injured. The team didn't want us to keep him from resting so they told us not to visit him for now. I have no idea how he is right now." Kwok Fu Sing and Gong Li have not started work yet so they did not know about Feng Shaofeng's injury.
Posted by hktopten at 8:47 PM