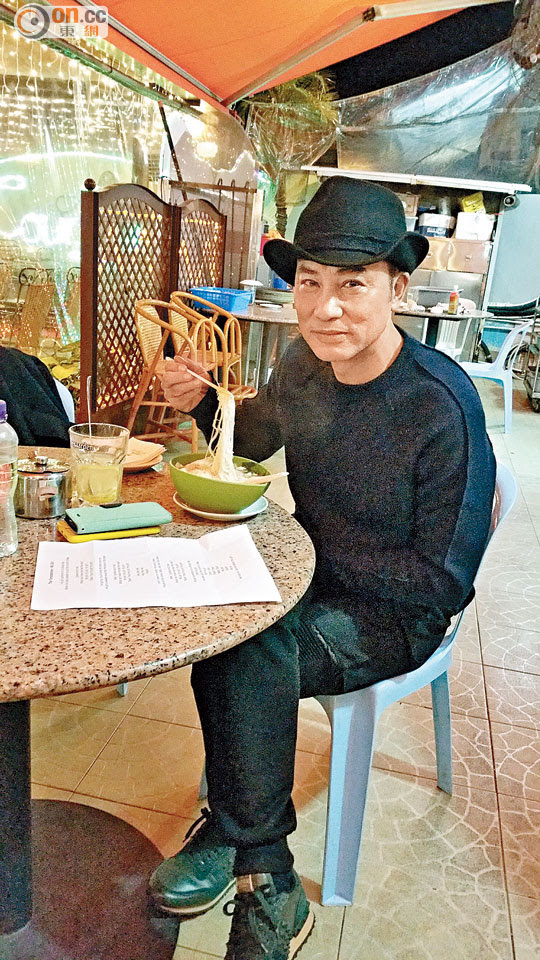 Simon Yam Tat Wa who just won the Golden Lotus Best Actor Award for his new film SARA (CHOR GEI) two nights ago flew back to Hong Kong for his new film. Because of the tight schedule, Brother Wa only had noodles at a street stall and even had to eat while reading his script. After the night shoot he immediately rushed back to the airport to fly to Hainan for work.

Speaking of all the love scenes in the film with Charlene Choi Cheuk Yin and having to touch her chest, Brother Wa awkwardly admitted "no forced perspective". "The shoot sped up my heart beat and made my palms sweat. During the shoot I used my own body to cover her important areas, so now my hips are very strong. I am the man who understands Ah Sa the best, even (William) Chan Wai Ting is no match for me, haha! (Did you ask Ah Sa to take you to dinner?) On the set she is already buying me coffee all the time." Brother Wa said that in the trailer he and Ah Sa had a "passionate scene" at a parking lot, fans should wait and see. Will he ask for a raise? He said, "No, now I make movies more for pleasure than everything else." He also said that he was very confident in the film's box office.
Posted by hktopten at 2:08 PM