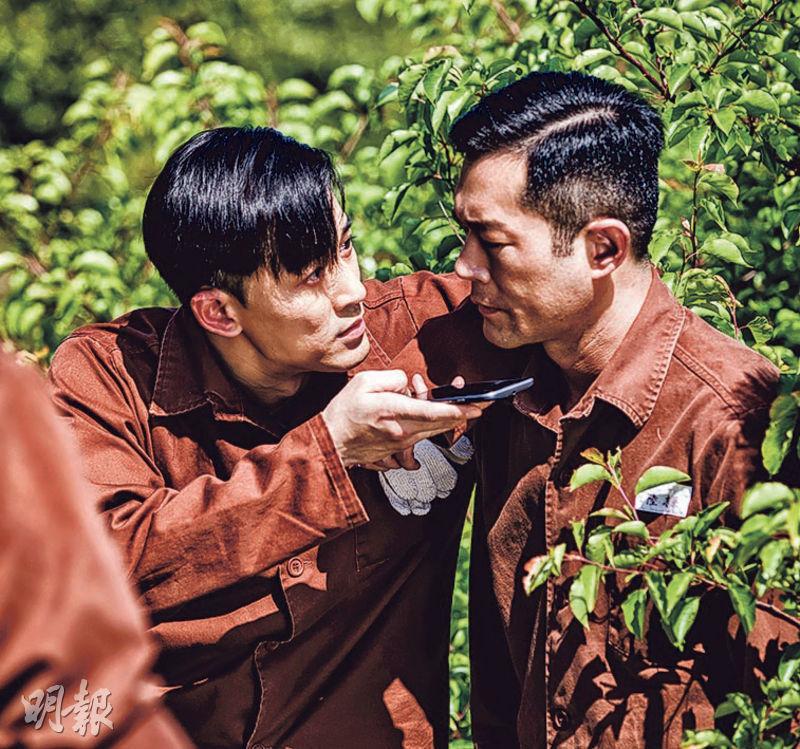 Louis Koo Tin Lok, Raymond Lam Fung, Julian Cheung Chi Lam, Kevin Cheng Ka Wing starred in the film P STORM (P FUNG BO), which will open next month. In the film Goo Jai played a high ranking ICAC investigator who was sent to prison in order to investigate a case. In prison he had to face the Lam Fung played ruthless property group heir, and Gordon Lam Ka Tung, who he arrested in the first STORM film. He would battle brains and brawn with both and have many action scenes.

The production constructed prison scenes in many places in Hong Kong. For realism, Goo Jai met with the Correctional Services many times. Goo Jai said, "I am very grateful to the Correctional Services, during the production they had employees on hand to provide professional suggestions. Because prison has many different rules and lingo, what could be shot and could not, the relationship between correctional personnel and prisoners, everything to be understood in detail to be able to be shot!" Lam Fung has seen prison photos online, when he got to the set and saw the prison set his eyes were wide open. He got the impression that it was a realistic prison.
Posted by hktopten at 2:52 PM