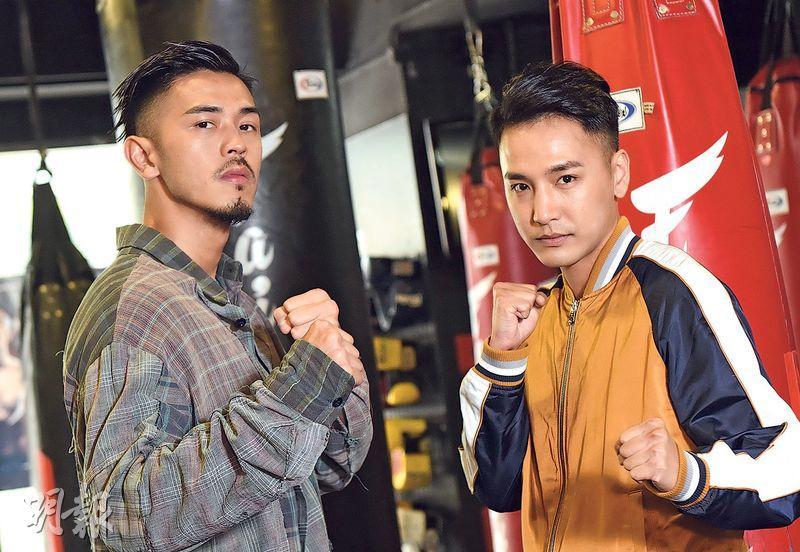 Lam Yiu Sing described that they were training like mad because from deciding to take the roles to the production start they only had half a month. Basically they trained from eight to ten hours a day. In the morning they did physical training, then afternoon work out at the gym and at night they had MMA training. The saddest part was everyday after the training they were very fit but soon they would return to form, after a month they finally showed results. During the perod they succumbed and cheated on their diets. Ma Chi Wai dropped from 175 to 155 pounds. Every meal was just steam eggs, chicken breast and vegetable. The chicken breast was so dry that he could not even swallow it.

They suffered but could not go back on what they agreed to. They could only grind their teeth and tough it out. Ma Chi Wai and said that he would say to himself "You can do it" in front of the mirror and got through it that way. He learned not quitting was success. Struggling with will power everyday, Lam Yiu Sing said to himself that the muscles from the training was his. A man had to be muscular once in his life, not to mention that the film would linger on. In the future when we would be old he could proudly tell his grandchildren, "When I was young I was fit, I have a movie as proof."
Posted by hktopten at 4:32 PM