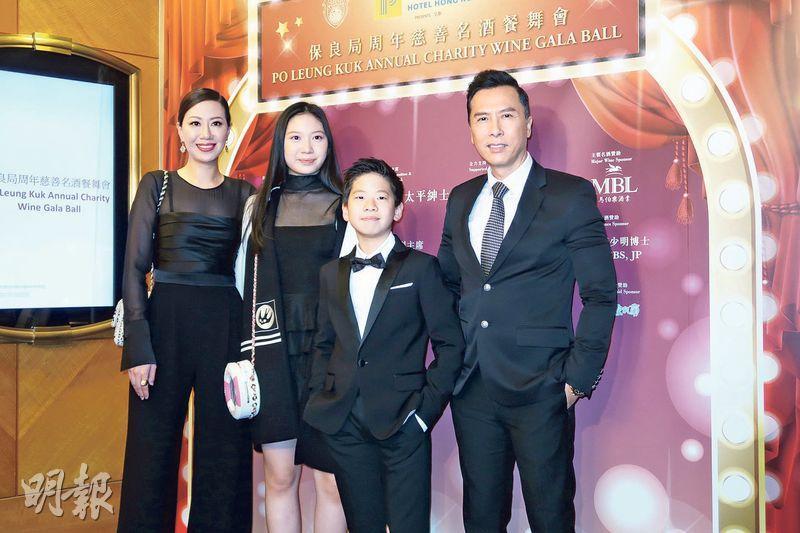 "The Strongest in the Universe" Donnie Yen Chi Tan was named to the Po Leung Kuk Youth Services ambassador. Two nights ago he with his wife Cissy Wang and their children attended a Po Leung charity dinner and dance. The family was dressed in black and white. Yen Chi Tan at the end of the month would work on a new crime film. He has been working out in hopes of getting back into shape, but during the Lunar New Year he constantly had family dinners so he got a lot fatter. At the same time he was worried that he would have difficulty getting back into shape due to his age.

Yen Chi Tan revealed that he will work on the Benny Chan Muk Sing directed crime film, which will start production at the end of the month. He has already tried to convince the director to shoot in Hong Kong so he would be able to spend more time with his family. This film would have stunt after stunt and fights like in SPL (SAT POR LONG). Thus Chi Tan was working hard to get back into shape.
Posted by hktopten at 1:46 PM