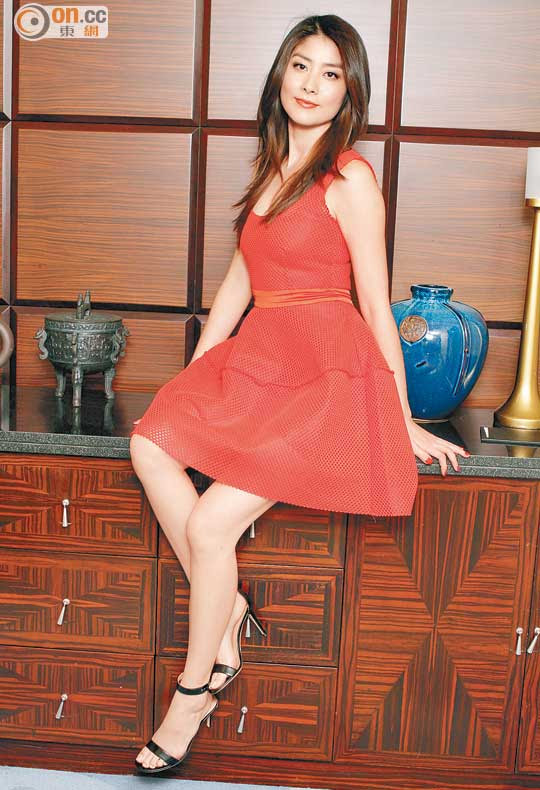 Artists Kelly Chen Wai Lam, Dior Cheng Yi Kin and Tony Leung Ka Fai worked together on the Lee Chi Ngai directed new film HORSEPLAY (DOH MA GEI). Ekin and Kelly have not worked together since TOKYO RAIDERS (DUNG GAING GUNG LEUK) in 2000. He felt that Kelly now is even more willing to express herself, unlike before when she was taking initiatives but was hiding herself. "At the time perhaps she gave pressure to herself, which made her quiet about everything. She only did her job. Maybe at the time she had Japanese lines, she was also hiding to learn them. Now I feel she would accept outside opinions, in addition this time the script had a lot of changes. Everyone had to accept something new."

Kelly said, "At the time I had a lot of Japanese lines. Actually I always have so much to say. Perhaps before I would be very tense as soon as I got to the set, I would keep reading the script. At the time I had too little film experience and I wasn't able to grasp it. Now of course I am completely different. I really enjoy the entire film, I used to be very scared!" Playing a reporter this time Kelly admitted that the character had a lot of potential. "In TALES FROM THE DARK I had little time to work with Leung Ka Fai, it wasn't enough. So this time I benefited a lot. I fought for every second to learn from him. One solo scene had line changes, I had to come up with lines and I didn't know what to do. I went to ask Brother Ka Fai and he very generously gave him several examples to study from."

Brother Ka Fai praised Kelly for her strong ability to absorb. He said, "When I worked with Kelly on TALES FROM TH DARK I thought it was a lot of fun. I felt that she had a lot of untapped potential, but because the time was too short I really wanted to work with her again." As for Ekin Brother Ka Fai said, "His first film was with him. Then we haven't had the chance to run into each other. So this team was a lot of fun. The script was fresh. Hong Kong film hasn't have this type of lighthearted film with metaphors for many years, so I had a lot of fun making it."
Posted by hktopten at 2:28 PM