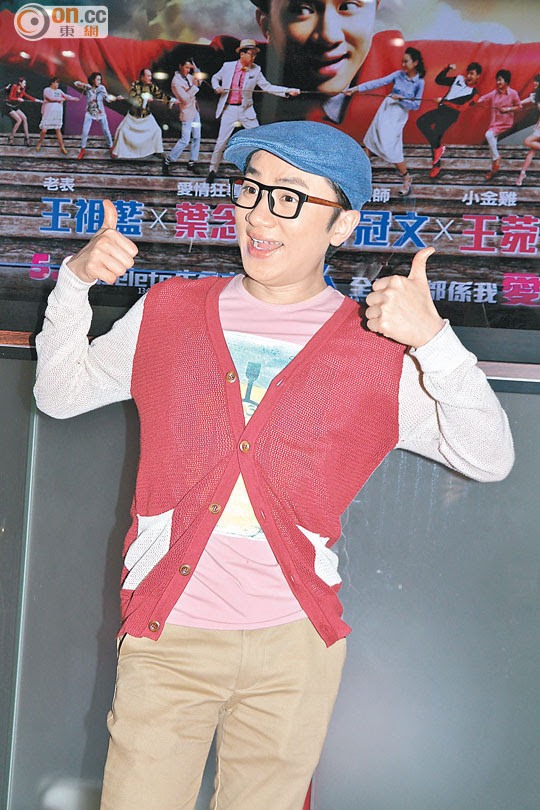 Wong Cho Nam and Jacquelin Chong Si Man yesterday promoted their film DELETE MY LOVE (DELETE OI YUN). Cho Nam most recently had one film and television series offer after another. Cho Nam admitted that he hoped to save more money to marry Leanne Li Yanan. Has he saved enough to buy a ten karat diamond ring? He joked, "I am not as talented as (Moses) Chan Ho. She is a priceless treasure, she hasn't said how much to save. I hope to have more cash on hand, the goal is to wed in two or three years."

Chong Si Man said that most recently her height bothered her. Because a director approached her with a film but pointed out that finding an actor who was taller than her in Hong Kong was hard. She suggested that they could work with a Korean actor. Would she like to work with Kim Soo-Hyun the most? She said, "I like him, but I didn't have the (MY LOVE FROM THE) STAR virus. If I get to choose of course I would choose Lee Min-Ho."
Posted by hktopten at 1:44 PM