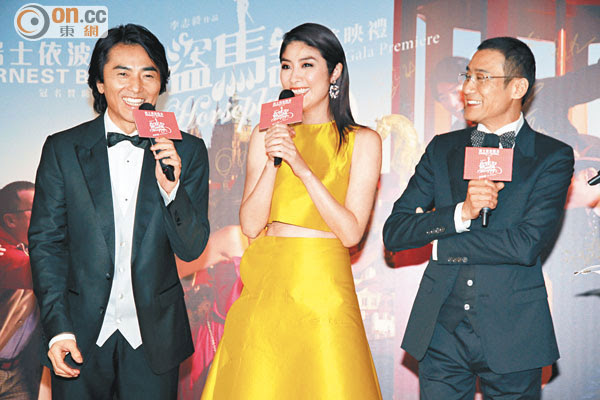 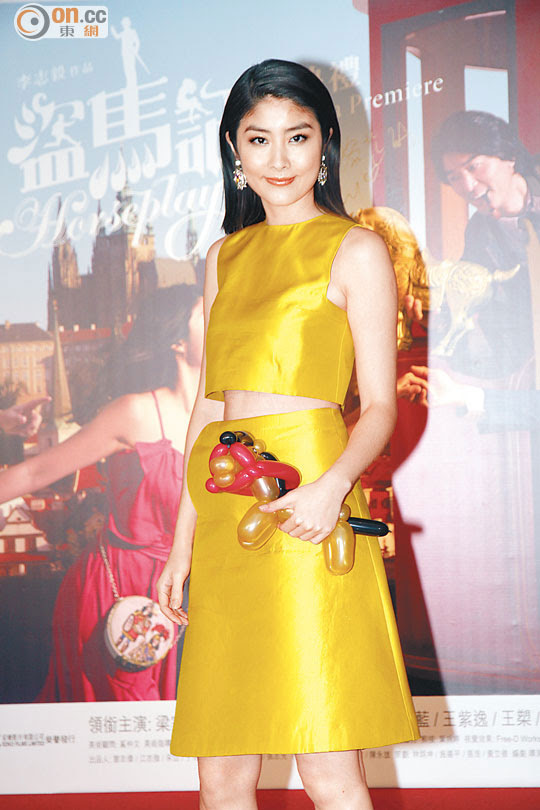 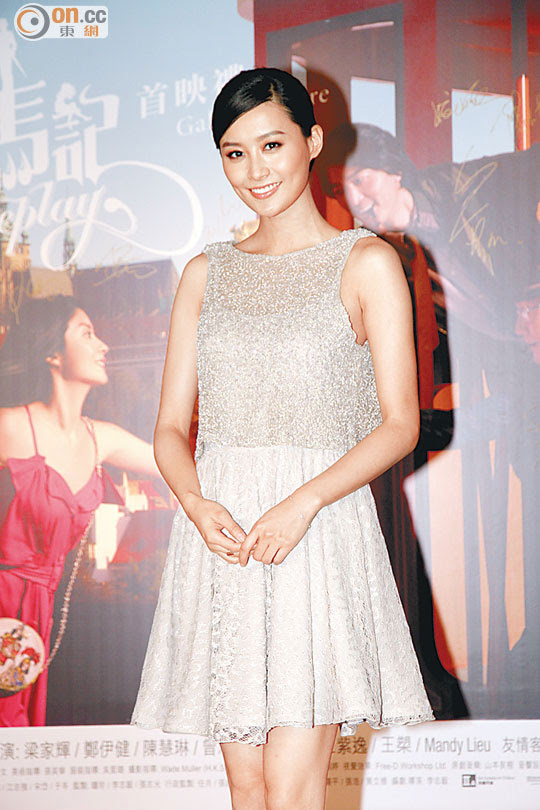 Kelly Chen Wai Lam, Tony Leung Ka Fai and Dior Cheng Yi Kin two nights ago attended his new film HORSEPLAY (DOH MA GEI) premiere. Ka Fai and Ekin were in stereo during the interview as they called each other god of two generations. Thus they did not need to buy gifts in Prague to cheer up their wives. They even revealed that Kelly spent like crazy there, which Kelly called exaggerated and untrue; she even revealed that their god wife pleasing tricks were all talk, because she has witnessed one of them sweetly enjoying breakfast with his wife and could not help but scream delicious. However she did not dare to reveal which one.

Ka Fai and Ekin both wore bow ties. Did they coordinate before hand? Ka Fai said, "We both are gods so we don't need to coordinate. I am the first generation, Ekin is the middle generation, but Korea has all the new generation!" As for the Prague production, they immediately revealed that Kelly was a big spender. Ka Fai said, "We knew how to be thrifty, but Kelly wasn't no matter how much we taught her." Did they buy anything for their wives? Ka Fai immediately pointed at Ekin and said, "I am always disciplining him, money is not used to buy some environmentally unsafe items. Since she is already his wife then he doesn't need to. Gods like us are very manly, unlike Kelly who doesn't have to work hard to make money and can shop like crazy." Ekin also pointed out that he and his wife's relationship was not connected to material. Did Ka Fai teach Ekin any wife pleasing trick? He said, "Wives don't have to be pleased, girlfriends do. Mutual respect is the way of the couple. Do you think we are ordinary men? We are gods!"

Kelly called the accusations crazy and clarified that she only bought some very cheap nail clippers and skin care products. She did not buy any brand name handbags and clothes. She said, "They definitely are gods! I saw how well they treat their wives, only missing nail clippers. They are dead for sure, at least get a nail clipper!" She said that because her husband had to stay in Hong Kong with their sons, he did not come with her to Prague. Kelly said, "After an entire month he said that he couldn't take anymore. Earlier I had to promote in the Mainland for two weeks, he could not help but ask when I was coming back."

Fala Chen two nights ago showed her support for HORSEPLAY. The TRIUMPH IN THE SKIES (CHUNG SEUNG WON SIU) movie has finally been confirmed. She said that she just returned to Hong Kong and had no idea if she would take part. Has she been notified? She said, "I don't know yet! TVB hasn't informed me. Earlier I heard about the script, but for now I am not sure. (Are you worried that you would be dumped?) Film and television are two different things, but I hope I can work with Sam Gor and Cool Demon again."

She felt that whether she had a role was not related to TVB contract, because her two co-stars did not sign any contract either. Fala said, "Film has many factors, so I won't know until later." Would she feel disappointed if she was dumped? She said, "No! I won't be disappointed. The series took 40 hours, and the character was already very complete." Yet she admitted that she looked forward to working with Louis Koo Tin Lok.
Posted by hktopten at 1:43 PM