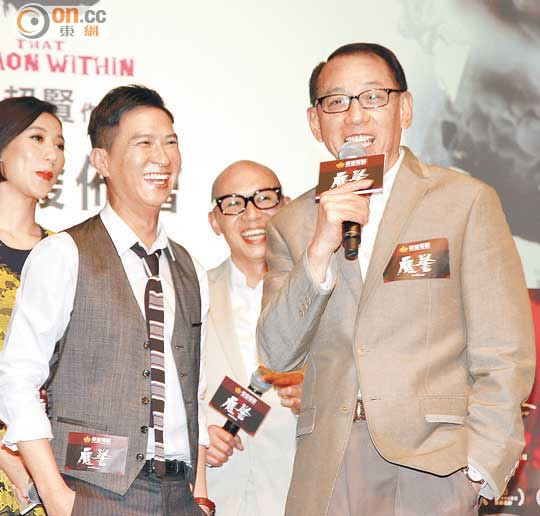 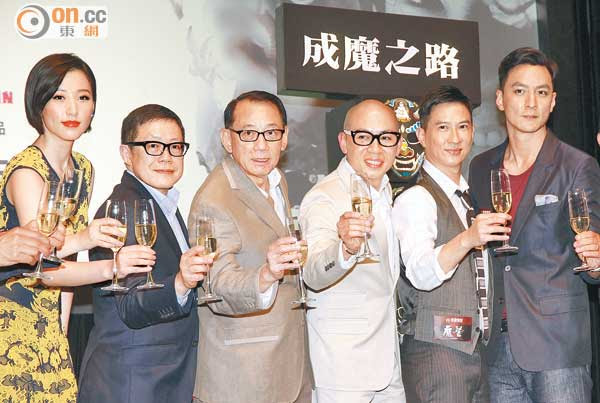 Nick Cheung Ka Fai, Daniel Wu (Ng Yin Cho) and director Dante Lam Chiu Yin yesterday attended the film THAT DEMON WITHIN (MOR GAING) press conference. Boss Albert Yeung Sau Sing revealed that Ka Fai's shoot schedule dropped from 120 days to 12 days, which truly became DEMON history! However, Ka Fai said, "Mr. Yeung was joking, this film shot for more than 12 days, for him I am no time limit! Actually, because when I was shooting THAT DEMON WITHIN I was also working on THE WHITE STORM (SO DUK), he was acting up." Working on two films at the same time, was his burden much heavier? Ka Fai joked that he was the cheapest actor in the film. As a small time employee, he could only follow the days that the boss decided to make movies on and work until he was exhausted. He joked, "I was the cheapest. After toiling for so many years, there is no mercy! I hope my salary can be raised to 200 or 300 million, otherwise how can I compare to Hollywood?"

Lam Chiu Yin said that Ka Fai during the shoot never missed a call. He also in order to help Ng Yin Cho with his character ordered everyone to isolate Ng Yin Cho on the set.

Ng Yin Cho said that DEMON was the darkest film in his career, the production made he depressed and lose 30 pounds. He even lost the strength to speak; when he got home he only watched television, slept, he even ignored his then pregnant wife Lisa S. Luckily she understood. Ng Yin Cho said, "After the shoot I flew to South Africa to rest, to apologize to my wife. I know that that period was very tough on her."
Posted by hktopten at 2:00 PM