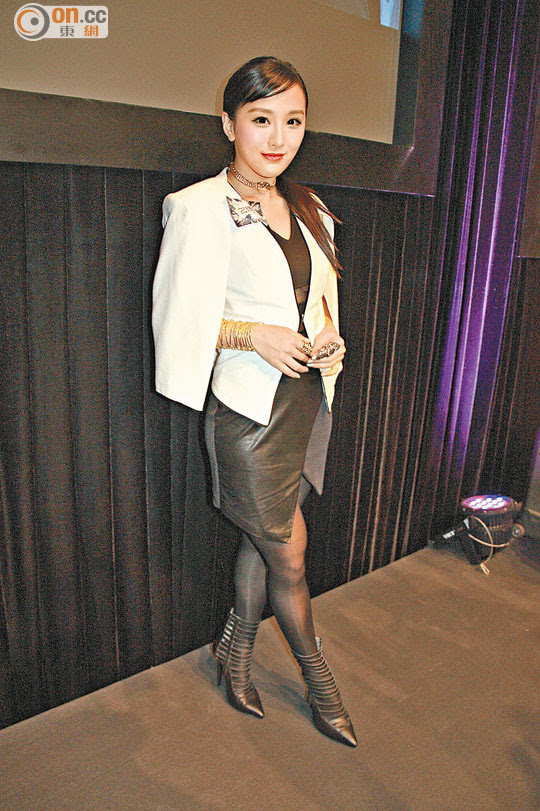 Louis Koo Tin Lok celebrated his 20th anniversary in show business with fans and friends like Leo Ku Kui Ke, Gigi Fu Ming Hin, Krystal Tin Yui Nei, Chapman To Man Chak and others. Yesterday he appeared at 4 events at the Hong Kong Entertainment Expo, looking thin and tired. He revealed that he just returned from Guiyang to Hong Kong at 4AM. Yesterday he had to promote 4 films, Z STORM (Z FUNG BO), DON'T GO BREAKING MY HEART 2 (DAN SUN NAM NUI), TRIUMPH IN THE SKIES (CHUNG SEUNG WON SIU) and ABERDEEN (HEUNG GONG JAI). With the title of the gold absorbing king, Goo Jai laughed, "Some were already absorbed earlier." Since he has made a lot, would he retire early? He said, "I have an ox life, I am not happy unless I am at work. So I won't retire. Even in the future when I do I will continue to learn." He said that for now he had no intention to reduce production, he would work when he ran into a good script. Reportedly he will work on the film WISELY (WAI SI LEI). He said that he loved to read science fiction novels so he was very interested. He knew that the film company has already purchased the rights. Earlier he even dined with Raymond Wong Pak Ming and Ni Kuang. Ni Kuang said that he saw a street sign and changed his novel title to WISELY.

Dada Chang Jing attended the Entertainment Expo and admitted that she gained a few pounds because she just went on vacation in Japan. Then she had dinner with friends to celebrate her 25th birthday. Earlier she went to Qingyuan for a charity visit. Her birthday wish was that her film will be a big hit. This time she put a lot of effort into her acting, different from her stumbling her way to a Best Supporting Actress award in VULGARIA (DAI JOOK HEI KET) and replying on luck. At the time she did not get acting. Instead she did not want a boyfriend. DaDa said, "He would be in the way. I am not hurt by love, I just don't want dating to affect my career."
Posted by hktopten at 2:18 PM