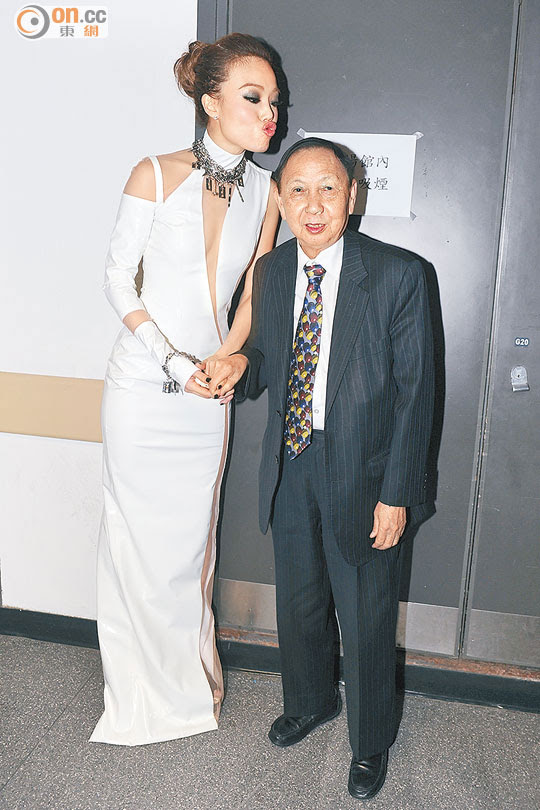 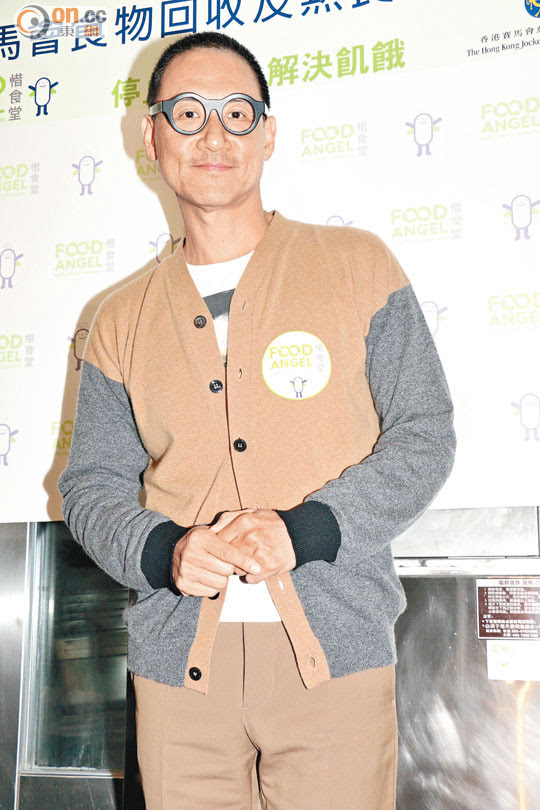 Cheung Yiu Wing once revealed in an interview that in his eyes Kwok Fu Sing, Lau Tak Wa, Chen Wai Lam, Liza Wang Ming Chuen and Sally Yeh (Yip Sin Man) were the most loyal to him. Whether they planned for concerts they would ask him if he wanted to organize them. They would not raise their rates because they became famous. Kwok Fu Sing has worked with him since his 16 show concert series in 1994. Cheung Yiu Wing treated Sing Sing like a god son. Even when Sing Sing's career once hit a low point, Cheung Yiu Wing was not worried about the box office as he still supported Sing Sing and gave Sing Sing the opportunity to bounce back.

In the Mainland, Kwok Fu Sing was heartbroken and saddened when he heard the news. He pointed out that Cheung Yiu Wing contributed heavily to the Hong Kong concert business and created the biggest concert platform for singers to perform on. Sing Sing thanked Cheung Yiu Wing for his support and care and sent his condolences to his family. His manager Siu Mei also said that Cheung Yiu Wing was truly the nicest person and big kid. He hoped to bring everyone the best entertainment, for the industry to be all song and dance and everyone to have job. Siu Mei said, "Although he passed away, everyone would continue his fighting spirit for concerts and always remember Mr. Cheung's cultivation and contributions. All of his laughter and advice would remain in my mind. I wish him a safe journey!"

Lau Tak Wa felt that Uncle Yiu Wing's passing was very regrettable. He said, "It absolutely is a music scene loss. Uncle Yiu Wing was like a teacher, teaching me how to handle a concert. He also taught me how to respect a concert. He made the Hong Kong concert business shine, his never say quit spirit was admirable. Have a safe journey!"

Chen Wai Lam after only two years in the business already received Cheung Yiu Wing's support for her Hong Kong Coliseum concert. His courage also motivated her to perform on the Hong Kong Coliseum stage. Chen Wai Lam said, "When I heard the news this morning I was heart broken. The last time I saw Uncle Yiu Wing was at the (Ronald) Ng Lok Sing concert press conference. At the time we even took photos together. Uncle Yiu Wing's passing was sudden, rest in peace! I also sent my condolences to his family! When I was only in the business for two years, Uncle Yiu Wing gave me an opportunity and daringly invested in my first Hong Kong Coliseum concert. Since then he invested in all of my concerts. Without Uncle Yiu Wing, I wouldn't be able to step on this stage so soon. I wholeheartedly thank Uncle Yiu Wing! He motivated the entire Hong Kong concert business, and was the Father of Hong Kong Concerts! You will be forever missed!"

Wang Ming Chuen said, "I just learned about Mr. Cheung Yiu Wing's passing this morning, I am very saddened and I miss him. I wish Uncle Yiu Wing, Father of Hong Kong Concerts, a safe journey! Miss you! Thank you for your contribution to music!"

Yeung Chin Wa's first concert also had Cheung Yiu Wing's investment. She said, "I am really grateful for the opportunity that Cheung Yiu Wing gave me. He never went back on his word to a friend, a super nice guy and an elder who oversaw everything like a father. He also took great care of artists. I just ran into Mr. Cheung at Yung Cho Yi's concert. At the time he even asked me when I would be able to perform a concert again and definitely kept him in mind. I never thought that he would leave us so far, which truly is very regrettable. I am very, very upset."

Cheung Yiu Wing was one of the investors in Joey Yung Cho Yi's 2013-2014 concert series 1314. Even though he was the main organizer, every concert was just as important to Cheung Yiu Wing. Joey reminded that every night he would appear at the Hong Kong Coliseum and even paid attention to the audience reaction. Sometimes he would go backstage to the control room monitors to watch the effects. She even remembered that she was ailing, Cheung Yiu Wing cheered her on! Joey said, "Mr. Cheung, I miss you very much. Thank you for your support from the start of my career to now. I would never forget your encourage to a junior like me. Every time I have a show, every night you would punch the clock. However my family told me that you didn't just come, you would very attentively enjoy every performance. Sometimes you would be in the audience, sometimes only watching the monitor in the backstage control room, but you would always be just as involved. This professionalism and this energy made me respect you even more. I remembered very well one night when I was ailing during 1314, after the performance your upset expression told me to struggle on. By the final show I returned to form, you excitedly gave me five. Of course we had our favorite jumping photos. Although we will not be able to see you at the old spot, you will always be in my heart. Thank you, may you rest in peace."

At the Twins' 2010 Hong Kong Coliseum concert, they mischievously jumped with the almost 80 year old Cheung Yiu Wing. Ah Sa remembered this mischievous elder. "This news was very sudden. Uncle Yiu Wing from Twins' first concert supported us in every concert. The last time I saw him was at the beginning of the year at Yung Cho Yi's concert. He was very smart and cute. At that time he even asked us when we would perform another concert. I replied I didn't have enough confidence. Uncle Yiu Wing immediately pounded his chest and said he would give me the confidence and infinite support. Uncle Yiu Wing, have a safe journey!"

Ah Gil said, "Uncle Yiu Wing was a very kind elder. Although he was a senior, actually he was a big kid. He was very energetic and humorous. I still remember when he jumped up with me and Ah Sa. I miss this lovable elder very much. Uncle Yiu Wing, I wish you an even better life in another world!"

Sammi Cheng Sau Man felt that Cheung Yiu Wing had a sense of duty to concerts, so he was supportive to any concert. He was even a very active big kid. Even though everyone respected Cheung Yiu Wing, he still was able to play along with everyone. She said, "I want to thank Uncle Yiu Wing once more, for his unrivaled contribution to Hong Kong concerts. Only because of him we were able to watch so many exciting concerts."
Posted by hktopten at 1:56 PM