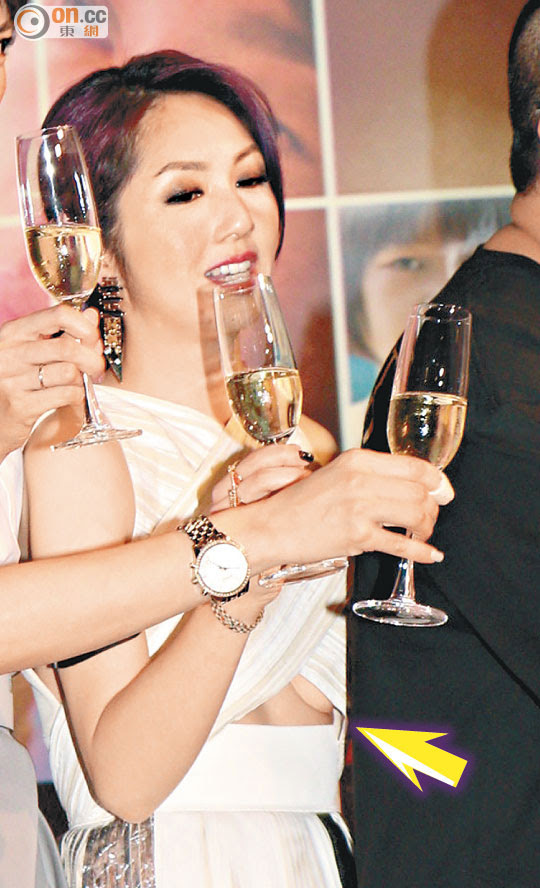 Earlier Gigi visited a Chinese medicine practitioner and was accused of planning motherhood. Gigi said that she did not have good news yet. She went to see the Chinese medicine practitioner for her stiff shoulder. Because she married late, she was prepared not to have a baby right away after marriage. Would she try artificial insemination like Kelly Chen Wai Lam? Gigi said that Kelly's sons were very cute, but she had to overcome herself first and discuss it with her family.

Chin Wa had a minor wardrobe malfunction but said that she was fully prepared. She said that her husband Real Ting Chi Ko never asked her about her clothes. He would only criticize her steps as marching. She also could not help but complain about him wanting her to lose weight but refusing to run with her. In the film she played Eric Tsang Chi Wai's wife. Over a decade ago she played Chi Wai's daughter. This time she was promoted. She was afraid that next time she would play mother and son with him. She admitted that she did not mind playing Chi Wai's mother. If she would be able to play the character then it would be acting achievement.