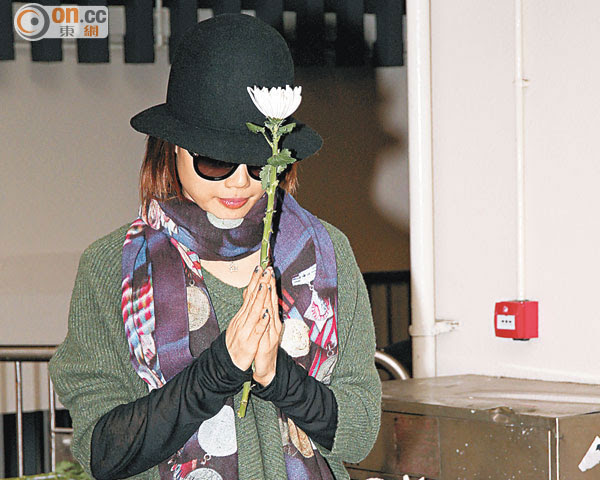 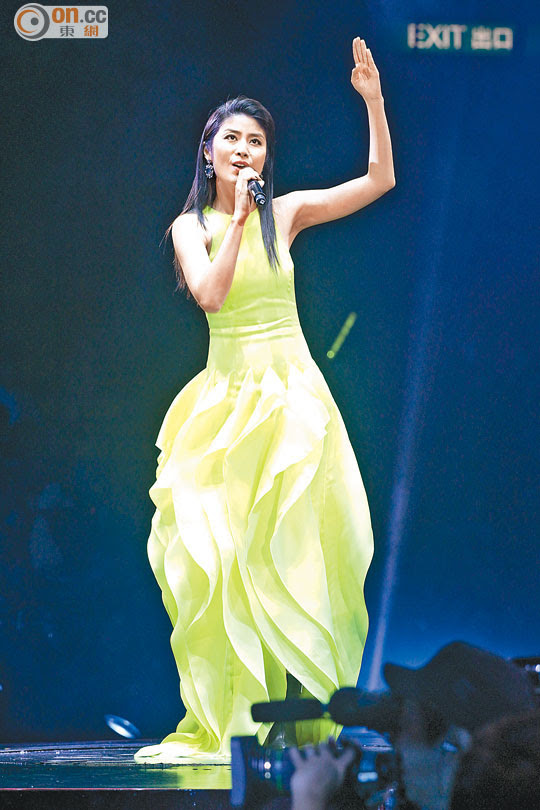 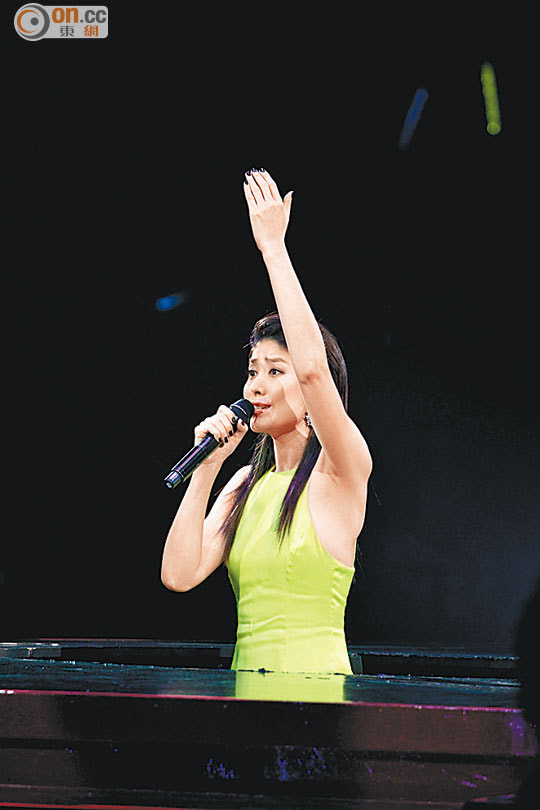 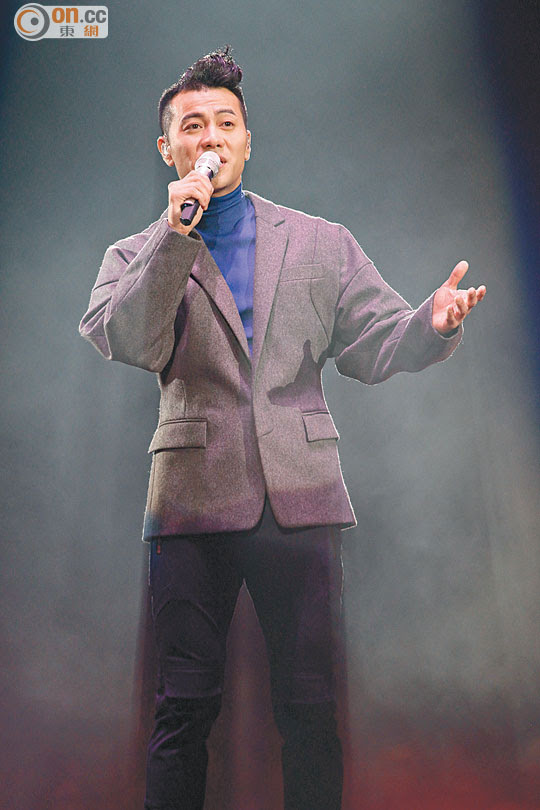 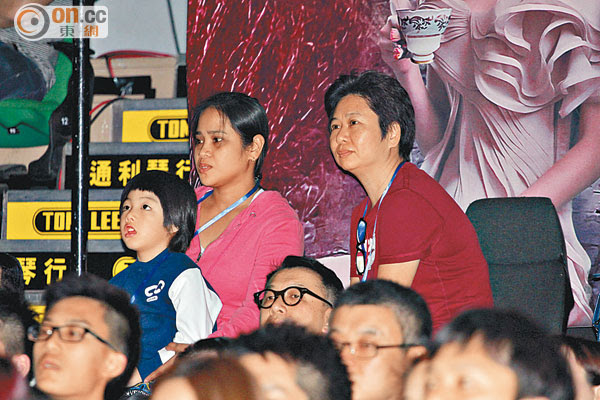 His first wife greeted and shook hands with everyone. Ho Lai Cheun host the ceremony. "Uncle Yiu Wing was an elder we respected very much. Several days ago he passed away peacefully at home. He was the father of concerts. I hope through this opportunity to eulogize Uncle Yiu Wing." The entire venue had a moment of silence. Then Cheung Yiu Wing's biggest son Cheung Wing Hong presented white chrysanthemum first. Singers, friends and family took turn presenting flowers and the soft drink that Cheung Yiu Wing had to have everyday. His daughter Cheung Lai Fong broke down out of heartbreak. Ho Lai Chuen said that Cheung Yiu Wing was not happy without cola in his life.

Yung Cho Yi was late. She first spoke with Mrs. Cheung then presented flowers. She said that she asked if Mrs. Cheung would watch the concert. Mrs. Cheung said that she definitely would because her husband would too. She even said that Cheung Yiu Wing liked the Hong Kong Coliseum more than home, a spot was saved for him in the venue. Joey also praised Uncle Cheung Yiu Wing for his professionalism. At work he was very involved and worthy of everyone's respect.

A concert of Ng Lok Sing's work opened at the Hong Kong Coliseum last night. The event reserved Cheung Yiu Wing's favorite seat under the control room for him and even placed his favorite cola there. His first wife Law Kwai Chu and son Cheung Wing Hong sat next to his seat. When the show opened, Patrick Lui Yau Fai and Joey Tang Kin Ming performed FRIEND as a salute. They said, "With everyone's applause we want to thank the 'Father of Concerts' Mr. Cheung Yiu Wing. He really liked the cheer, so we chose to dedicate this song to him." The entire audience applauded as photos of Uncle Yiu Wing with singers were shown on the screen. When they finished, Cheung Wing Hong bowed to them in appreciation.

Ng Lok Sing appeared with blond hair and red shirt, as well as a conductor's baton. Kelly Chen Wai Lam performed FAVORITE CONCERT first and dedicated it to Uncle Yiu Wing. She was choked up as she spoke. "Cheung Yiu Wing produced many favorite concerts for Hong Kong people, I believe everyone here want to say thank you to him." Her son Shrimp Dumpling Kid was also on hand with her manager Claudie Chung Chun and her maid. Whn she performed her second song LAVENDER, the stage was lowered early but she continued to perform with only half of her on the stage.
Posted by hktopten at 2:24 PM