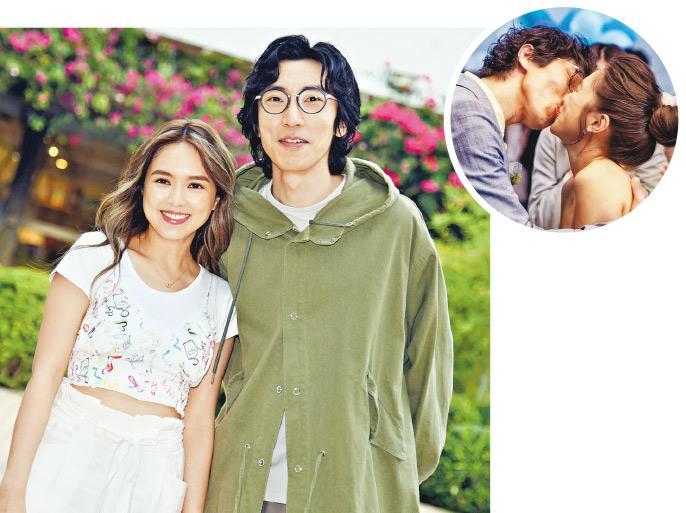 Chan Ka Lok revealed that all actors and directors volunteered this time, without taking any salary. Speaking of the box office, Lok Wing joked that the box office was the responsibility of the ticket office. Chan Ka Lok said that the film's appearance was to assist the film industry basic level workers. He admitted that completing the shoot was like finishing a mission. However he hoped even more for box office success, for the proceeds to make another film to keep helping the film industry. Lok Wing revealed that the shoot was done simultaneously with 3 teams. Because everyone have not seen each other in a long time, the production atmosphere was very happy and harmonious.

So Lai Shan and Lok Wing played a couple that was about to wed. Due to the pandemic the hotel suddenly had to be quarantined. The couple was forced to hold the wedding at the hotel. The hotel manager Chan Ka Lok needed to organize the wedding ceremony in absolute chaos. Chan Ka Lok due to his role also connected all the stories. In other words he had a chance to work with almost all the elders. He admitted that he felt the pressure, especially the speech on the wedding stage in the final scene. The audience were full of first class elders. He said, "The dialogue was a little long, if I messed up the elders in the audience would have to wait. Luckily the director shot all the elders' scenes first." Lok Wing mentioned rehearsing with Best Actor Tony Leung Ka Fai and admitted that he felt a lot of pressure. Luckily he and Leung Ka Fai were both a little tired, finally they struggled their way through the shoot.

In addition, So Lai Shan mentioned that her character was the typical "bride-zilla". Because her fiancee Lok Wing appeared not to care at all, they would constantly argue in the film. Thus, So Lai Shan and Lok Wing in the film almost had no intimate scene. Yet when they got to the wedding scene director Gordon Chan Ka Seung suddenly added a kiss scene, at the time they both thought it made sense. How did it feel? Lok Wing said, "The rings were exchanged, so it was like a peck. It's not like how you would imagine it to be." In addition, speaking of the wedding ceremony in real life, So Lai Shan admitted that she personally witnessed many female friends suffered emotional breakdowns due to wedding preparation, so she did not fantasize or imagine about holding a wedding.
Posted by hktopten at 7:03 PM