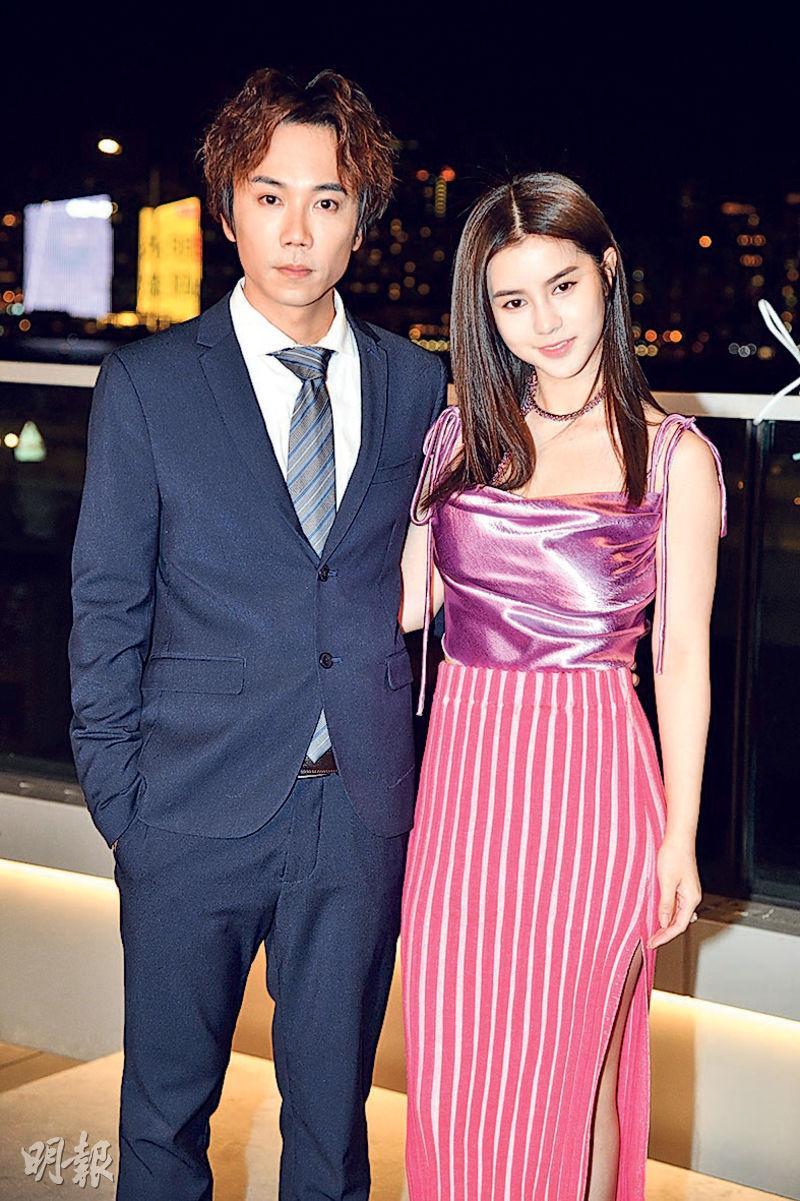 Chiu Sin Hung, Larine Tang Yueping, Justin Cheung Kin Sing and Kiwi Ching Mei Duen two nights ago worked on a banquet scene in the new film #PTGF (PTGF CHOOK JO NUI YAU). Chiu Sin Hung said that Tang Yueping was his only girlfriend in the film. Lately due to the long production time, experiencing all the rise and fall of love and life and death, he was exhausted. He said, "Because we have very happy moments, then the next scene would be a tearful breakup, the emotional upheaval is huge. Crying scenes are hard and tiring."

Tang Yueping revealed that earlier she shot a scene in which Deon Cheung Chung Chi slapped her. She even took a dozen or so slaps, but actually she realized that there was a way to hit people. Ching Mei Duen said that she had kiss and bed scenes with Chiu Sin Hung, in them they had a lot of physical contact. She said, "It's the first time I shot these scenes, I was afraid that I did not perform well enough and would have a bad take."
Posted by hktopten at 8:53 PM