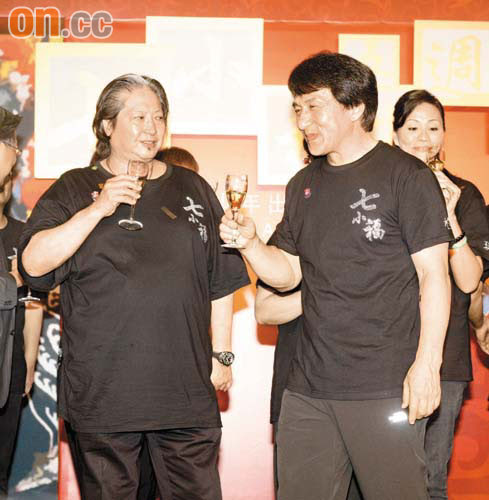 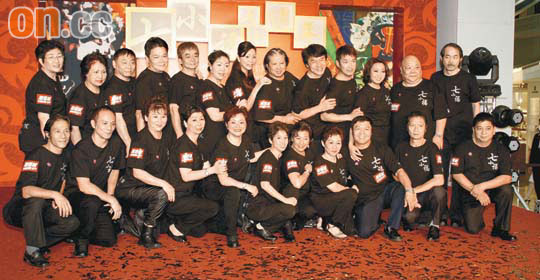 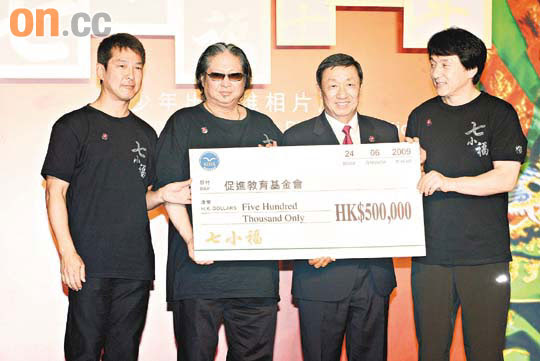 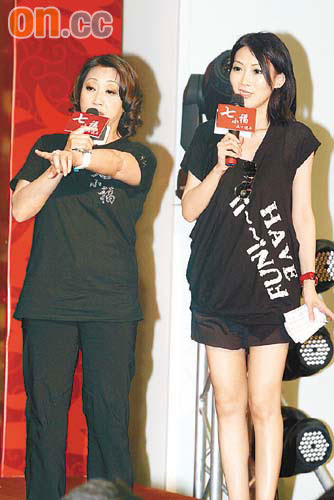 Rushing back from the U.S., Jackie Chan after the event had to rush back to Beijing for KUNG FU KID. Although it was hectic, he was very happy to see the brethren on such a rare occasion. On stage Jackie Chan mentioned his son's martial art training experience and hoped that Seven Little Fortunes' descendants could carry the torch 50 years later. Jackie Chan was Master Yu's only godson. He pointed out that he had a nickname in school back then, referring to him as "Emperor" godson. He joked that he thought being the godson would be quite an advantage but actually he got a beating whenever something happened. When someone made a mistake everyone got a beating, the goal of which was to keep everyone alert. Jackie Chan also pointed out that he once said that he would not let his son study this field, but he felt that was wrong. If such schools existed he definitely would have his son enroll because now he was too spoilt. When parents hit children they call the police, children back then instead were able to tolerate pressure. Although it was tough, Jackie Chan and Sammo felt it was beautiful memory. Jackie Chan felt lucky to able to learn the spirit of never giving up.

Hung Kam Bo also pointed out that he often skipped school back then because the Master often hit him with the cane, and he had to get up early for hand up, leg stretch, somersault, and at night acting lessons. Everyday he worked for ten hours or more. Back then the youngest brother Yuen Biao expressed that the older brothers did not pick on him. Jackie Chan heard and immediately pointed at Sammo, "Then who was he? He wasn't picking on you, he was quite a bully." Sammo jokingly grabbed Jackie Chan's finger and bit it. "You can listen to anyone else in the entire world, just not these two." Jackie Chan said that the older brothers often played pranks on him, spitting on his food but he still had to eat it. Jackie Chan and Hung Kam Bo also revealed that Yuen Biao was the best looking one when he was little, so he attracted many girls and fellow disciples. Jackie Chan said that if Yuen Biao got fat after his leg injury then he was the best looking one.

Sammo recently injured his hip as the DETECTIVE DEE action director. He pointed out that now it was much better. Actually he just pulled it a little and luckily he only had to teach others action. Carina Lau Ka Ling was worried about the horse riding scene. He expressed that it has not been shot yet, but actually it was not too difficult. Wa Jai already did his.
Posted by hktopten at 2:11 PM